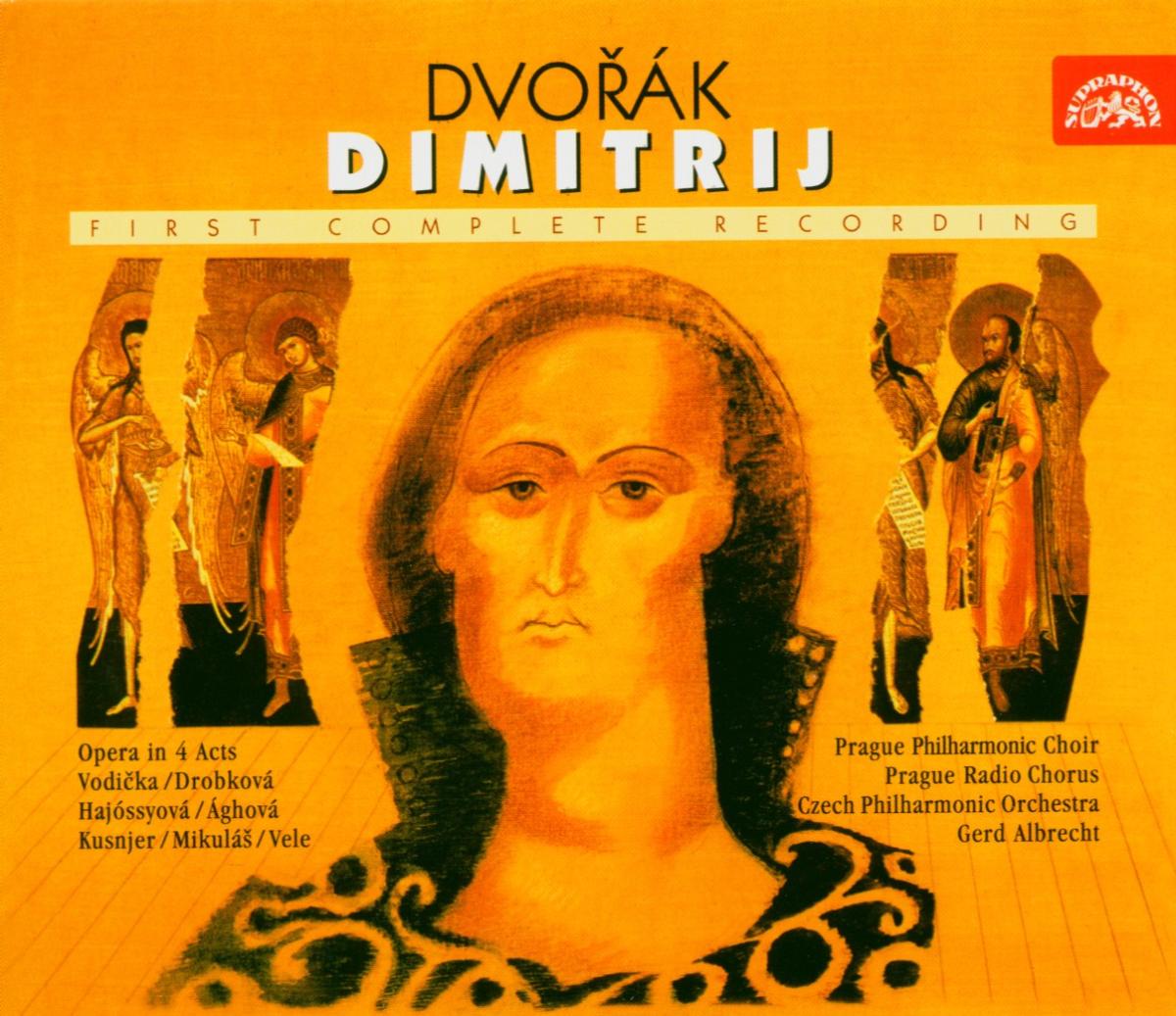 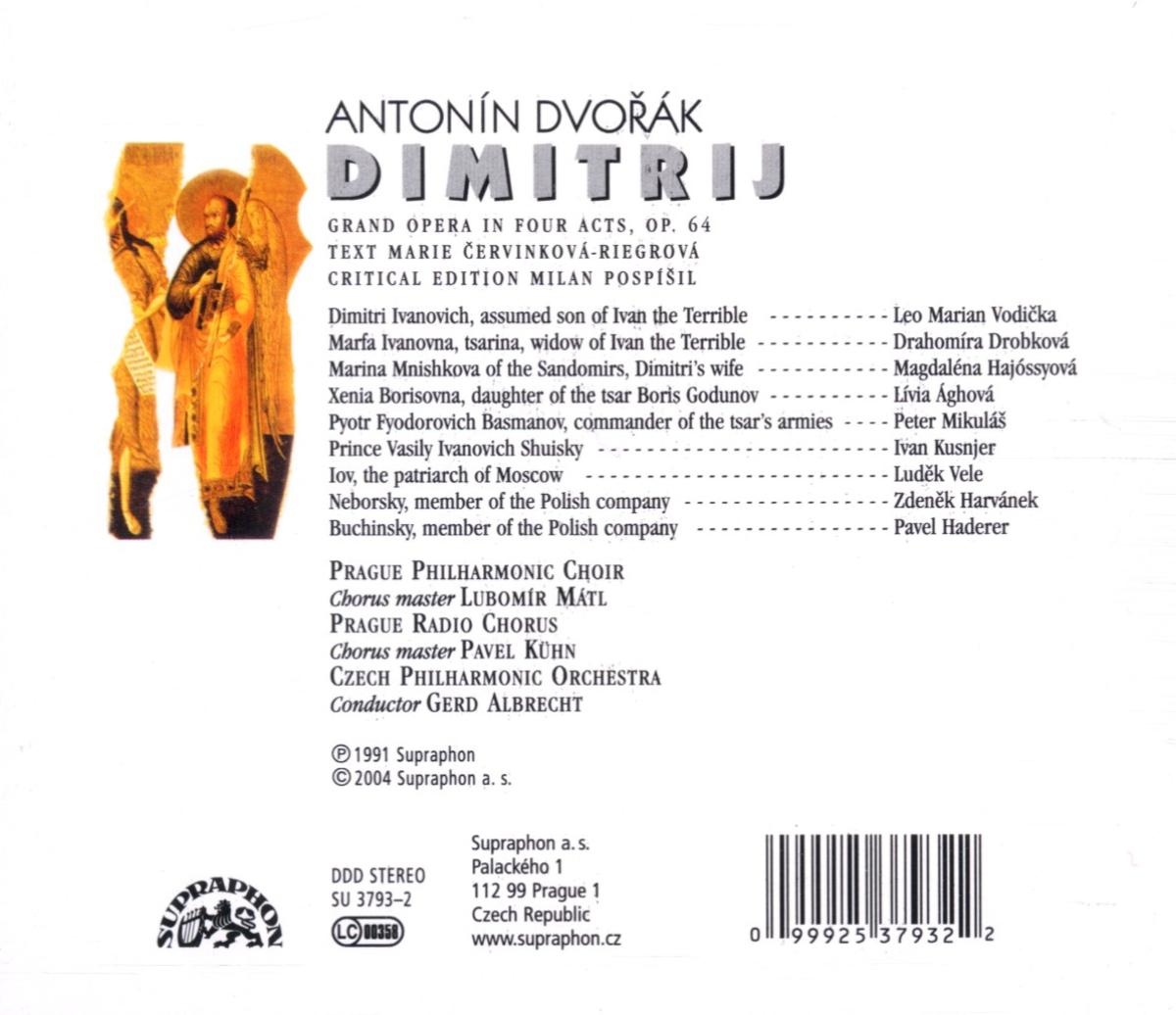 Dvorak's Dimitri (libretto by Marie Cervinkova-Riegerova) is an opera of astounding musical richness and dramatic power, certainly one of the composer's most significant works for the stage. The plot of the opera is based on events in Russian history in the late 16th and early 17th centuries, picking up where Mussorgsky's Boris Godunov left off. In this Year of Czech Music, which also marks the 100th anniversary of Dvorak's death, Supraphon returns to German conductor Gerd Albrecht's 1989 recording of the opera with the Czech Philharmonic and Czech soloists, which was the first complete release of the opera on CD. Dvorak himself made a number of basic revisions of Dimitri; this is his original version from 1880, in which Xenie is murdered, (in accordance with the actual historical facts). This 1989 concert version and the subsequent recording aroused great interest, and Dimitri joined Rusalka in the ranks of Dvorak's great operatic works. The return of a great Dvorak romantic opera.