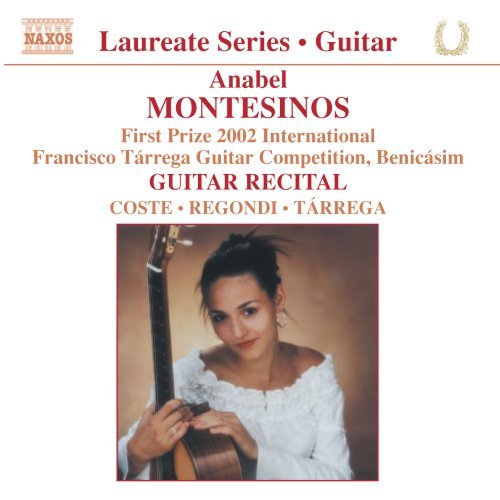 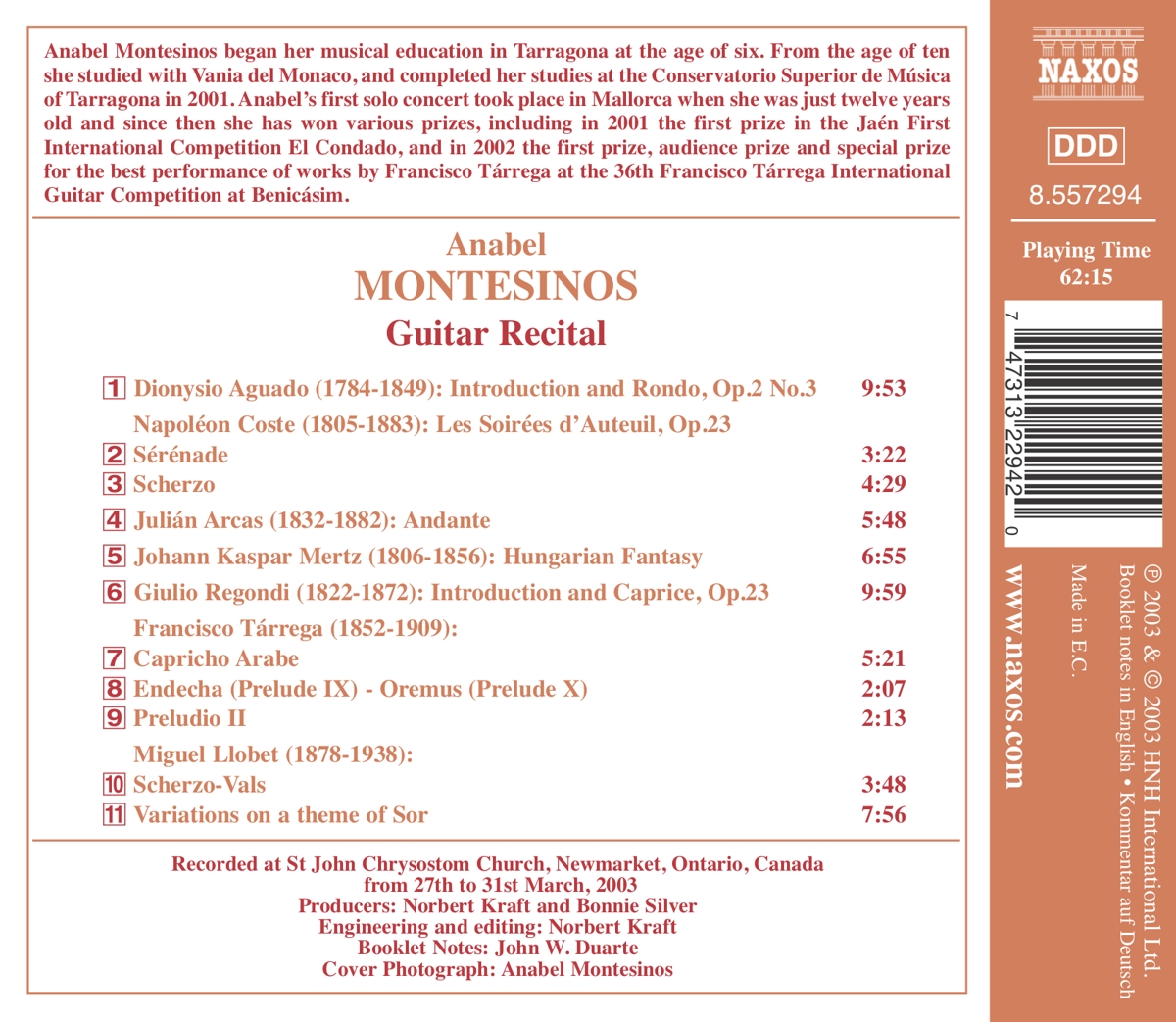 Bewertung:
umgehend lieferbar, Bestand beim Lieferanten vorhanden
EUR 9,99*
Anabel Montesinos began her musical education in Tarragona at the age of six. From the age of ten she studied with Vania del Monaco, and completed her studies at the Conservatorio Superior de Música of Tarragona in 2001. Anabel's first solo concert took place in Mallorca when she was just twelve years old and since then she has won various prizes, including in 2001 the first prize in the Jaén First International Competition El Condado, and in 2002 the first prize, audience prize and special prize for the best performance of works by Francisco Tárrega at the 36th Francisco Tárrega International Guitar Competition at Benicásim.