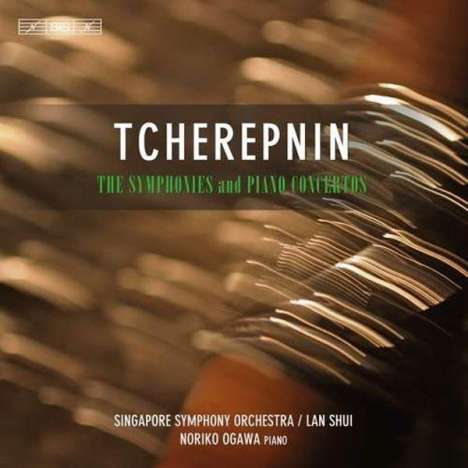 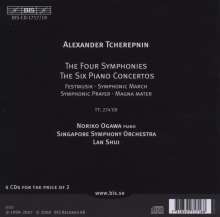 This boxed set includes the first complete recorded cycle of Alexander Tcherepnin’s symphonies and piano concertos, along with four shorter orchestral scores. The striking stylistic diversity within this body of work illustrates the complex evolution of Tcherepnin’s style during a half-century-long odyssey both artistic and geographic. Born in St Petersburg Tcherepnin would pursues his dual career as composer and pianist all over the world: from Tbilisi in Georgia to Paris and central Europe, from Shanghai and Tokyo to Brussels and back to Paris, and ultimately from Chicago and New York to England and Switzerland. His inspiration came from sources as diverse as Prokofiev, avant-garde circles in Paris during the 1920s and Far Eastern pentatonic idioms explored during lengthy stays in China and Japan.

Tcherepnin’s development can be charted throughout these four discs, from the First Piano Concerto, composed in 1919, to the works of the 1960s. In the words of Benjamin Folkman, Tcherepnin’s biographer and the compiler of the liner notes for this title, ‘what one hears is the music of a composer who is not so much reinventing himself as seeking an artistic orientation that gains in coherence by growing ever more comprehensive: a composer secure in his faith that, while the musical impulse is a universal human phenomenon, each musical work is a world unto itself.’

The recordings included in this set were originally released on single CDs, and have all received lavish praise, both for the fascinating repertoire and for the highly sympathetic performances by Singapore Symphony Orchestra under Lan Shui (Classica-Répertoire: ‘The orchestra possesses a high degree of virtuosity and plays with conviction and impressive musicality’) and for Noriko Ogawa’s interpretations (Fanfare: ‘In everything Noriko Ogawa tackles, she comes up shining: Her playing customarily blends brilliance and power in equal measure, and here again she's just as good as she has now led us to expect.’)