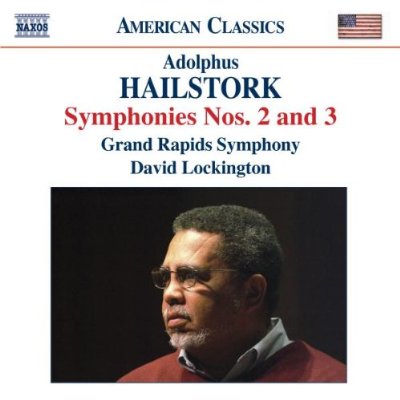 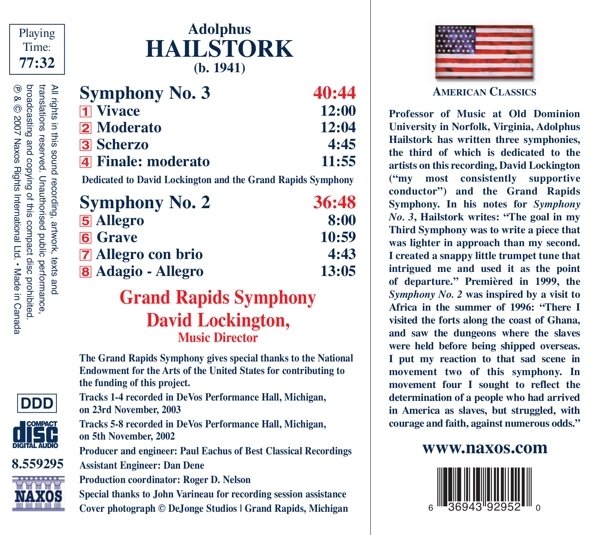 Bewertung:
Lieferzeit beträgt mind. 4 Wochen
(soweit verfügbar beim Lieferanten)
EUR 9,99*
Versandkosten
Professor of Music at Old Dominion University in Norfolk, Virginia, Adolphus Hailstork has written three symphonies, the third of which is dedicated to the artists on this recording, David Lockington ("my most consistently supportive conductor") and the Grand Rapids Symphony. In his notes for Symphony No. 3, Hailstork writes: "The goal in my Third Symphony was to write a piece that was lighter in approach than my second. I created a snappy little trumpet tune that intrigued me and used it as the point of departure." Premièred in 1999, the Symphony No. 2 was inspired by a visit to Africa in the summer of 1996: "There I visited the forts along the coast of Ghana, and saw the dungeons where the slaves were held before being shipped overseas. I put my reaction to that sad scene in movement two of this symphony. In movement four I sought to reflect the determination of a people who had arrived in America as slaves, but struggled, with courage and faith, against numerous odds.""