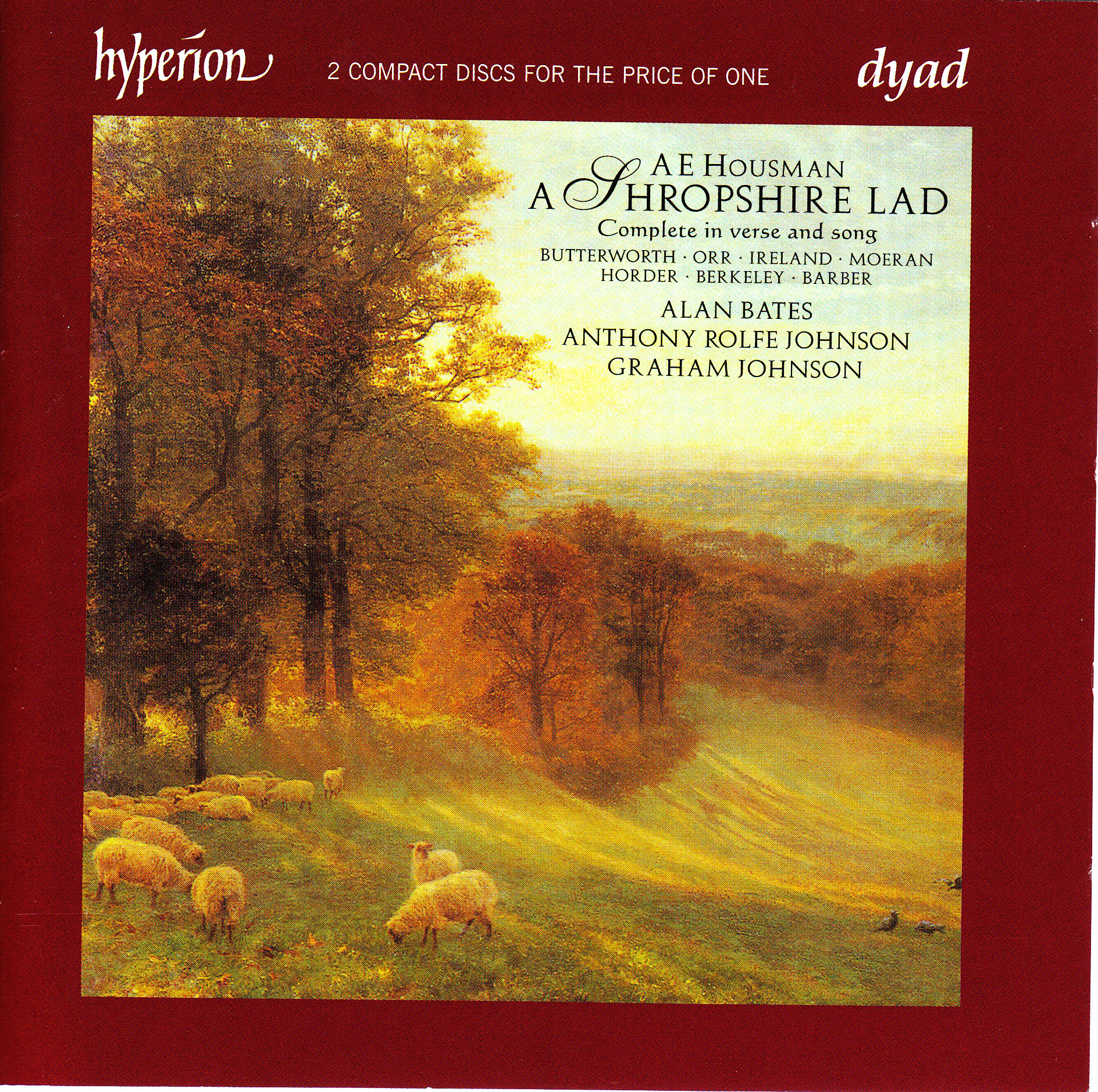 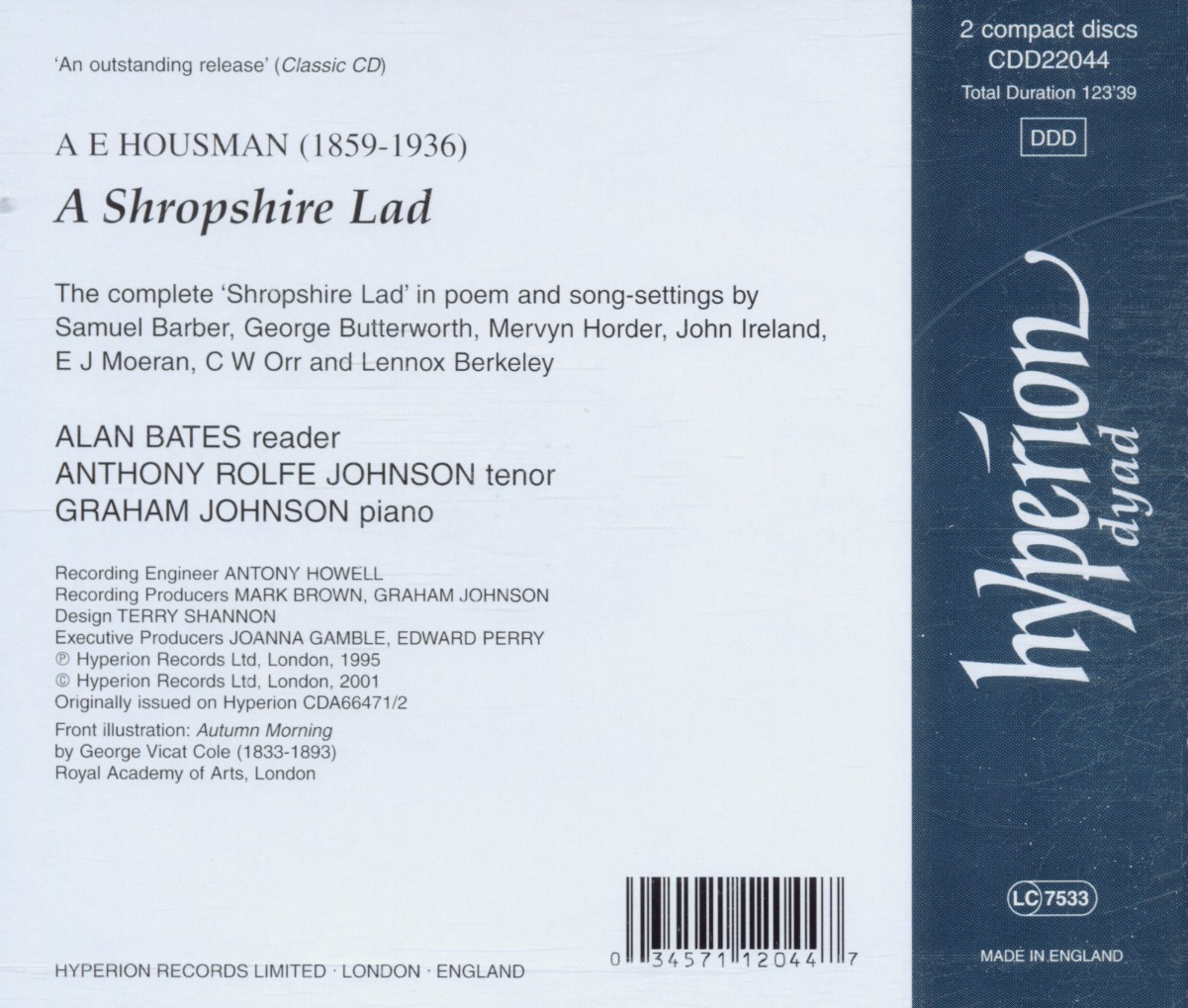 Alfred Edward Housman (1859–1936) made it a principle never to refuse permission for poems from A Shropshire Lad to be set to music. ‘I always give my consent to all composers in the hope of becoming immortal somehow’, he once quipped. This wasn’t to say he couldn’t breathe fire when liberties were taken with texts—he was reportedly cut to the quick when he observed that Vaughan Williams had omitted two verses from Is my team ploughing? in his setting for the On Wenlock Edge cycle. ‘I wonder how he would like me to cut two bars out of his music’, was the wounded retort. What Housman made of the idea that John Ireland should actually start his setting of March (as ‘The Heart’s Desire’) at the third stanza hardly bears thinking about. ‘Neither illustrators nor composers care twopence about words and generally do not understand them’, was the poet’s perhaps uncharitable declaration on the whole subject. In any case, maybe in part because his own sympathies lay with the popular music of his day, Housman found listening to settings of his words painful and embarrassing. The story goes that having said as much to Herbert Howells over dinner one evening, the composer promptly destroyed his own Housman songs. May that yet prove to be one of HH’s familiar false trails and the songs turn up in some unconsidered brown-paper parcel.