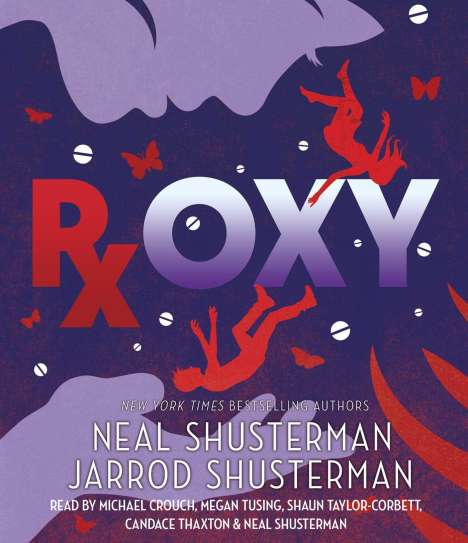 From the team that brought you the New York Times bestselling Dry comes a "gritty and unflinching" (Booklist) thriller that proves when gods play games, even love is a lie.

The freeway is coming.

It will cut the neighborhood in two. Construction has already started, pushing toward this corridor of condemned houses and cracked concrete with the momentum of the inevitable. Yet there you are, in the fifth house on the left, fighting for your life.

The victim of the bet between two manufactured gods: the seductive and lethal Roxy (Oxycontin), who is at the top of her game, and the smart, high-achieving Addison (Adderall), who is tired of being the helpful one, and longs for a more dangerous, less wholesome image. The wager?a contest to see who can bring their mark to "the Party" first?is a race to the bottom of a rave that has raged since the beginning of time. And you are only human, dazzled by the lights and music. Drawn by what the drugs offer?tempted to take that step past helpful to harmful…and the troubled places that lie beyond.

But there are two I. Rameys?Isaac, a soccer player thrown into Roxy's orbit by a bad fall and a bad doctor and Ivy, his older sister, whose increasing frustration with her untreated ADHD leads her to renew her acquaintance with Addy.

Which one are you?