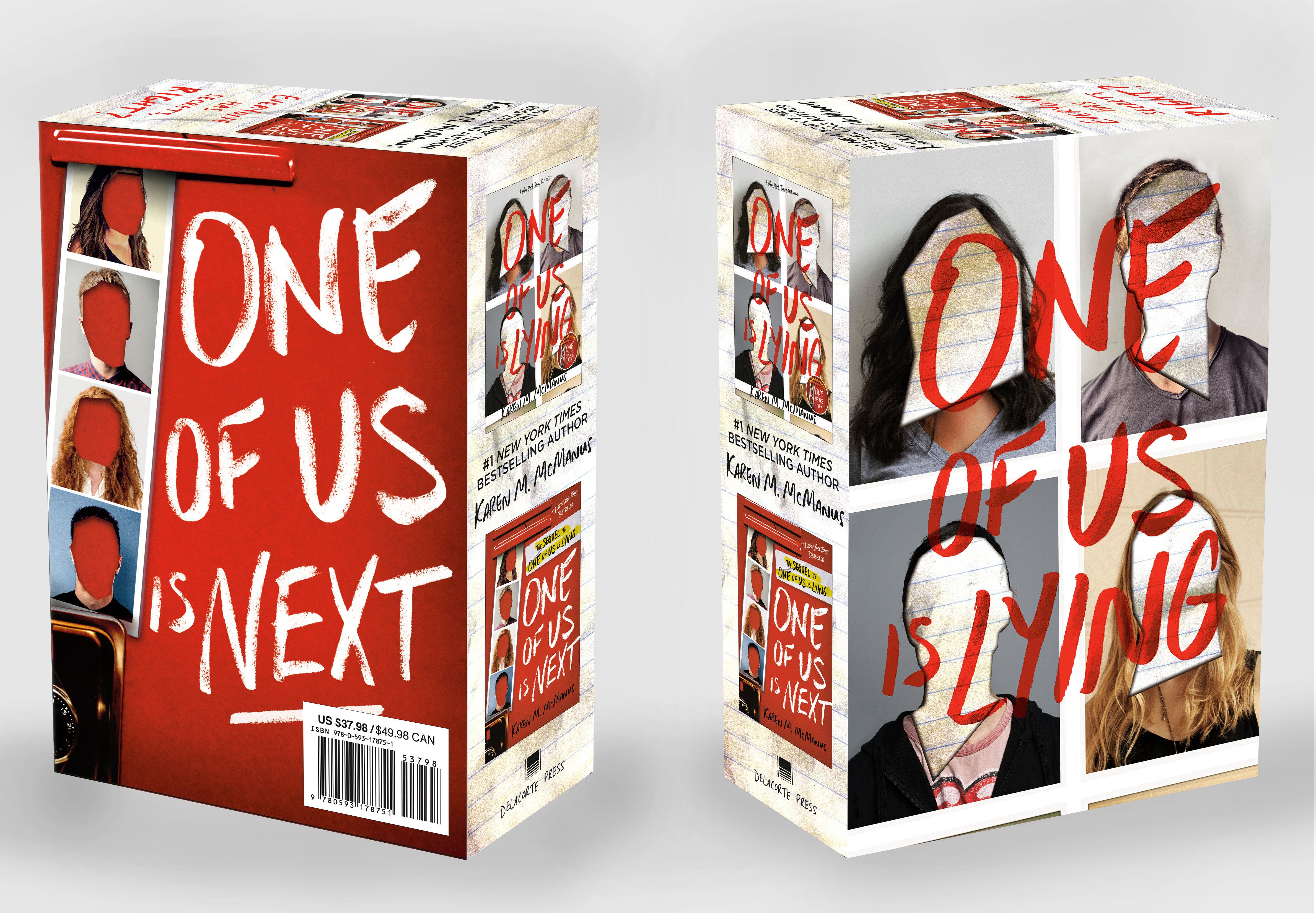 "When it comes to YA suspense, Karen M. McManus is in a league of her own." (EW) A must-have for every library, this 2-book box set includes the New York Times bestseller, One of Us Is Lying and its sequel One of Us Is Next.

One of Us Is Lying
Five students walk into detention, and only four walk out. According to investigators, the last student's death wasn't an accident. He was planning to post juicy reveals about all four of his classmates the next day, which makes them each suspects. Or are they the perfect patsies for a killer who's still on the loose?

One of Us Is Next
A ton of copycat gossip apps have popped up since Simon died, but in the year after no one's been able to fill the gossip void quite like he could. The problem is no one has the facts. Until now. This time it's not an app, though--it's a game. Truth or Dare. And if you're smart, you'll always take the dare.

Karen M. McManus
One of Us Is Next
Buch
EUR 8,78*
alle anzeigen