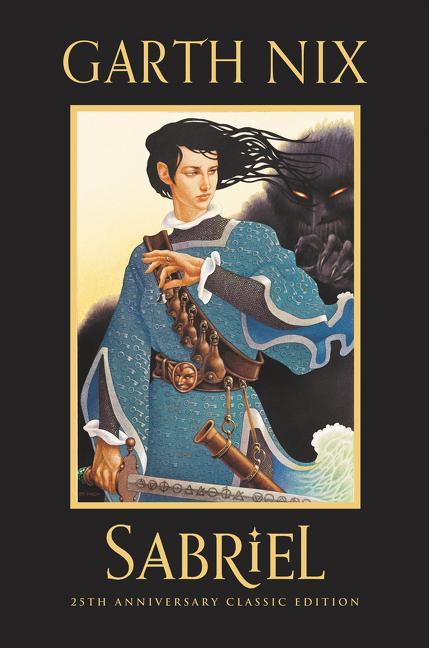 Celebrate the 25th anniversary of the globally bestselling Old Kingdom series with a special edition of Sabriel, featuring exclusive content from master of fantasy Garth Nix and original cover artwork by Leo and Diane Dillon.

Enter the Old Kingdom, a world of dark secrets and dangerous magic.

As a child, Sabriel was sent across the Wall to Ancelstierre to safety. Now eighteen years old, she receives a cryptic and desperate message from her father, the Abhorsen—the magical protector whose task it is to bind and send back to Death those who won't stay Dead.

Fiercely determined to help her father, who is perilously trapped in Death, and save him from the sinister Free Magic entity that has somehow ensnared him, Sabriel must prepare to enter Death herself—and find her destiny.

To preserve life, the Abhorsen must enter death.

Exclusive content, including an original short story featuring Sabriel, an essay from Garth Nix about his writing process, and photographs of the author's handwritten manuscript, complete this special edition.

"There is no joy like returning to the Old Kingdom. Nix sets the standard for fantasy.” —Leigh Bardugo

"One of the greatest living fantasy writers. I will never get enough of the Old Kingdom.” —Sarah J. Maas

"Sabriel is a winner, a fantasy that reads like realism created with invention, clarity and intelligence.” —Philip Pullman