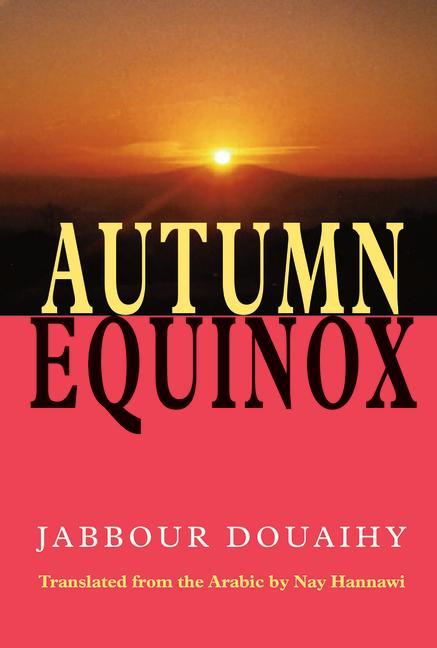 Jabbour Douaihy's Autumn Equinox is the diary of a young man recently resettled in his Lebanese village after going to college in the United States. It continues from the end of May through the September equinox of 1986, narrating his efforts to remake himself through adjustments to his reading, writing, and eating habits; his dress; his posture; his family relationships; his love life . . .
The diary begins with a description of an Israeli bombing in South Lebanon and ends with a description of refugee families fleeing to the mountain villages. Otherwise, except for allusions to what is going on in the capital, the Lebanese Civil War is far from the story, although its violence has never been far from this village. America, personified by a Lara who does not answer his letters, is a faraway land of nostalgia. The village is here, at the center of the young man's narration, peopled by comic characters who seem to insist on their own unchanging selfhoods and to resist his attempts to be different.
The Civil War and the Occupation, the author seems to be saying, are not the only sources of turmoil. Violence and revenge have been part of the people's consciousness, and people might indeed need to redefine themselves while at the same time adjusting to the environment.