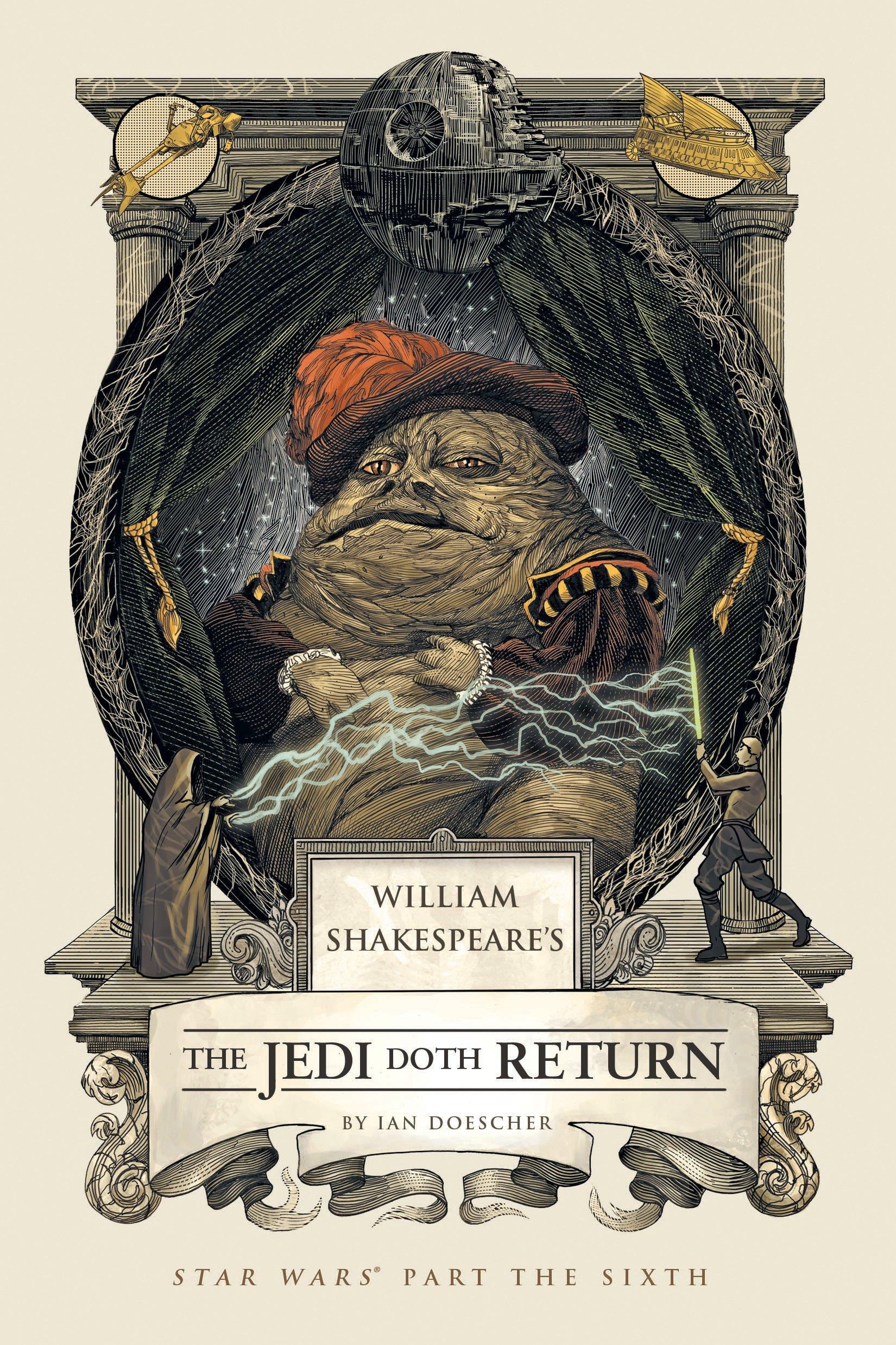 The epic conclusion to the the best selling William Shakespeare's Star Wars returns with a vengeance. Noble Jedi knights duel the evil Sith Empire with swashbuckling lightsabers and sharp and savvy iambic pentameter. Complete with elegant and intricate Elizabethan style illustrations, this book is the perfect way to complete the trilogy.

"For those who enjoyed Doescher's first two retellings, rejoice, for the merriment plays on." - The Free Lance-Star

"If you love 'Star Wars' and Shakespeare, this book is the pinnacle of perfection." - Yoda News

Experience the Star Wars saga reimagined as an Elizabethan drama penned by William Shakespeare himself, complete with authentic meter and verse, and theatrical monologues and dialogue by everyone from C3PO to Admiral Ackbar.

Prithee, attend the tale so far: Han Solo entombed in carbonite, the princess taken captive, the Rebel Alliance besieged, and Jabba the Hutt engorged. Alack! Now Luke Skywalker and his Rebel band must seek fresh allies in their quest to thwart construction of a new Imperial Death Star. But whom can they trust to fight by their side in the great battle to come? Cry "Ewok" and let slip the dogs of war!

Authentic meter, stage directions, reimagined movie scenes and dialogue, and hidden Easter eggs throughout will entertain and impress fans of Star Wars and Shakespeare alike. Every scene and character from the film appears in the play, along with twenty woodcut-style illustrations that depict an Elizabethan version of the Star Wars galaxy. Frozen heroes! Furry creatures! Family secrets revealed! And a lightsaber duel to decide the fate of the Empire. In troth, William Shakespeare's The Jedi Doth Return has it all!

Ian Doescher
William Shakespeare's Get Thee Back to the Future!
Buch
EUR 12,96*