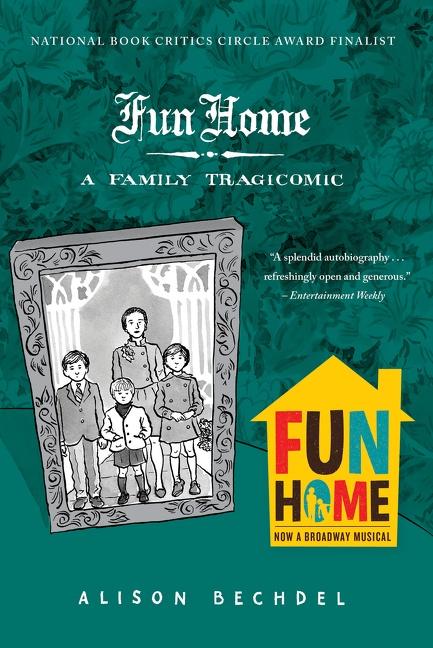 An unusual memoir done in the form of a graphic novel by a cult favorite comic artist offers a darkly funny family portrait that details her relationship with her father, a historic preservation expert dedicated to restoring the family's Victorian home, funeral home director, high-school English teacher, and closeted homosexual.

In this groundbreaking, bestselling graphic memoir, Alison Bechdel charts her fraught relationship with her late father. In her hands, personal history becomes a work of amazing subtlety and power, written with controlled force and enlivened with humor, rich literary allusion, and heartbreaking detail.
Distant and exacting, Bruce Bechdel was an English teacher and director of the town funeral home, which Alison and her family referred to as the "Fun Home." It was not until college that Alison, who had recently come out as a lesbian, discovered that her father was also gay. A few weeks after this revelation, he was dead, leaving a legacy of mystery for his daughter to resolve.

Through narrative that is alternately heartbreaking and funny, readers are drawn into a daughters complex yearning for her father. Apart from assigned stints dusting caskets at the family-owned "fun home," the relationship achieves its most intimate expression through the shared code of books.

Alison Bechdel
Are You My Mother?
Buch
EUR 13,56*
alle anzeigen