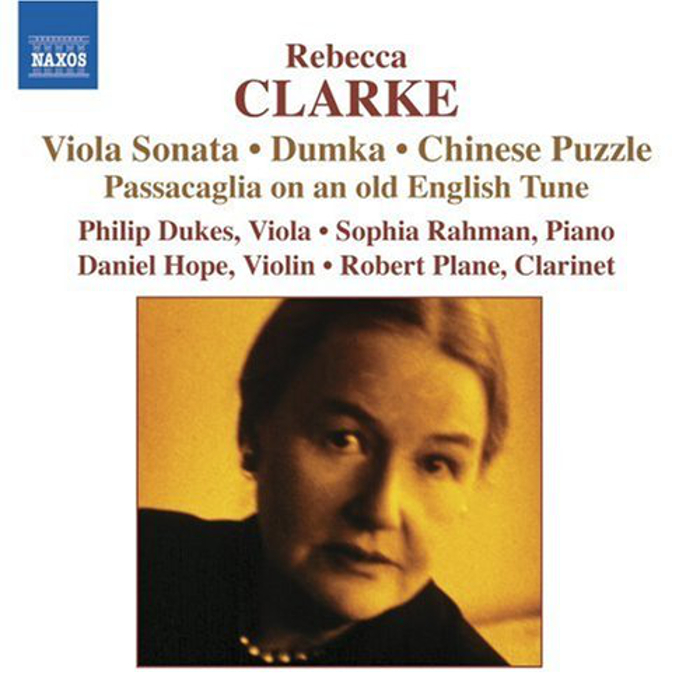 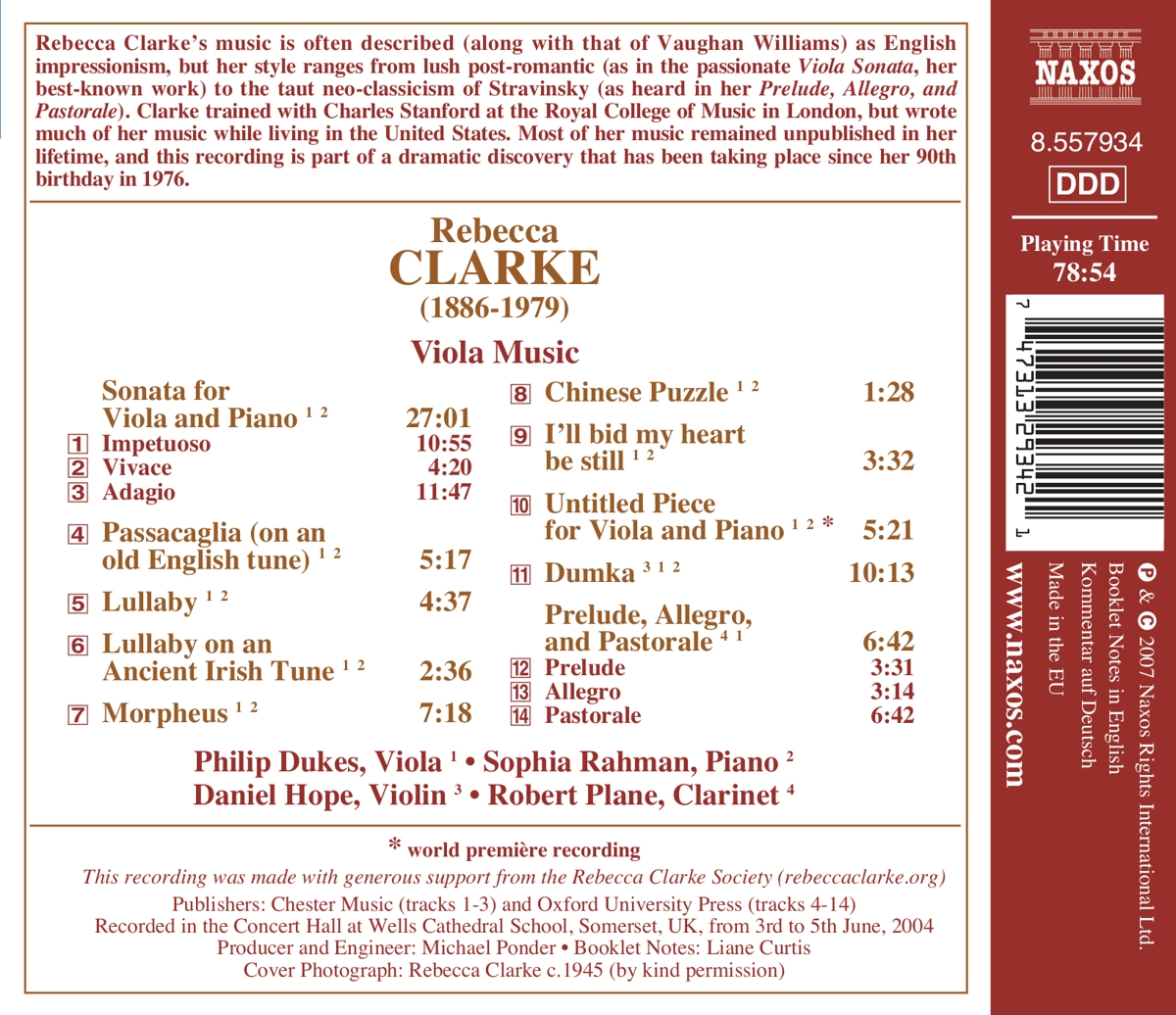 Bewertung:
umgehend lieferbar, Bestand beim Lieferanten vorhanden
EUR 12,99*
Versandkosten
Rebecca Clarke's music is often described (along with that of Vaughan Williams) as English impressionism, but her style ranges from lush post-romantic (as in the passionate Viola Sonata, her best-known work) to the taut neo-classicism of Stravinsky (as heard in her Prelude, Allegro, and Pastorale). Clarke trained with Charles Stanford at the Royal College of Music in London, but wrote much of her music while living in the United States. Most of her music remained unpublished in her lifetime, and this recording is part of a dramatic discovery that has been taking place since her 90th birthday in 1976.