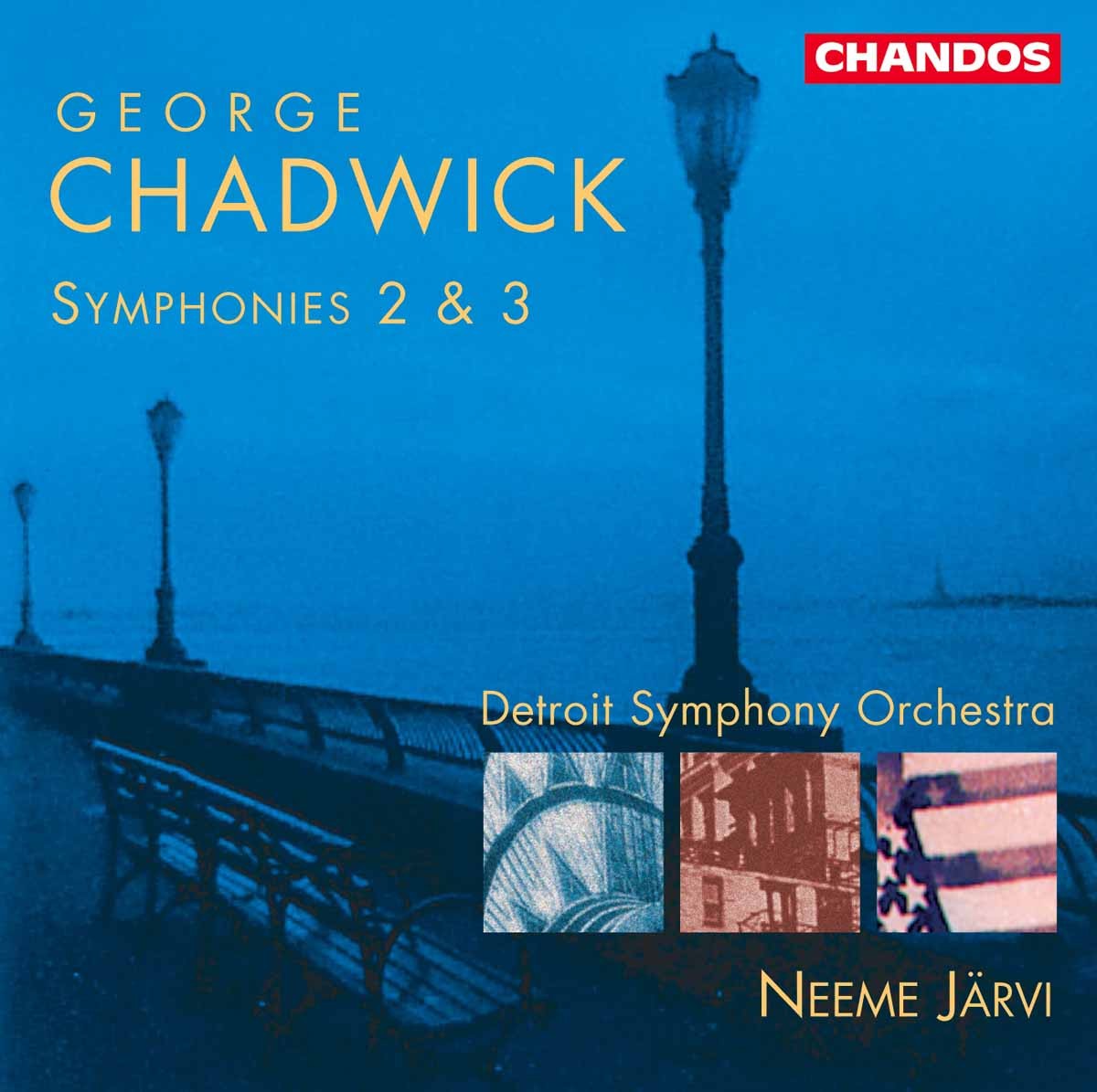 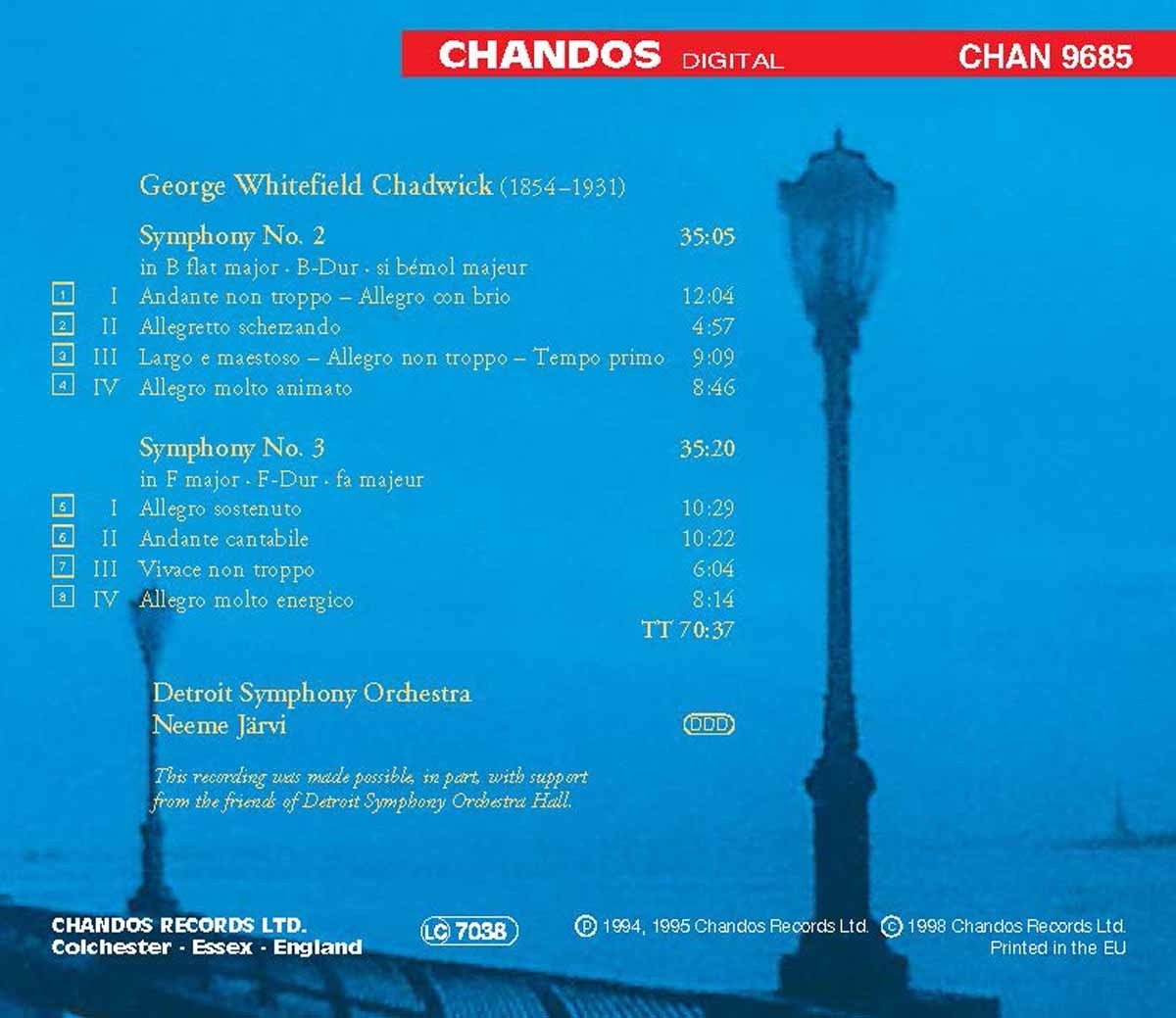 For the first time on one album Chadwick’s Second and Third Symphonies are brought together. Both are highly attractive melodic works, full of energy and invention, and are written in the late-Romantic tradition.

From the end of the Civil War until about 1915, Boston-based composer George Whitefield Chadwick was the most important writer of orchestral music in the United States.

His Second Symphony was composed between 1883 and 1885. The composition was not originally concieved as a unified work - the second movement scherzo was premiered as an independent composition in 1884, well over a year before the first movement, originally titled Overture in B flat or Introduction and Allegro, was premiered in 1885. Chadwick combined these individual compositions and added a slow movementand a finale to complete the symphonic structure, and it was premiered in 1886.

Despite its seemingly haphazard origins, the Second Symphony represents a significant achievement in Chadwick’s development, and confirmed his stature as an important American composer. New compositional traits in the Second Symphony include the use of pentatonic melodies, more colourful orchestration, varied rhythm, and even a touch of jovial nationalism described by one critic as ’quasi-Irish humoursness’.

In 1894, the recently completed Third Symphony took first prize in the second annual composition competition of the National Conservatory of Music. In addition to awarding the substantial sum of $300 to the winner, the copetition also afforded a number of American composers to have their works reviewed by Dvorák, the director of the conservatory.

Although Dvorák exerted tremendous influence on American musicians. Chadwick’s Second Symphony already employed many techniques that are most noteworthy in Dvorák’s "New World" Syphony of ten years later, leading some to speculate that is was chadwick influenced Dvorák.

"...the Detroit Symphony plays them [Symphonies 2 +3] just beautifully. How fortunate we are to have these great recordings of American music by a great American orchestra..." Vroon - American Record Guide - January / February 1999