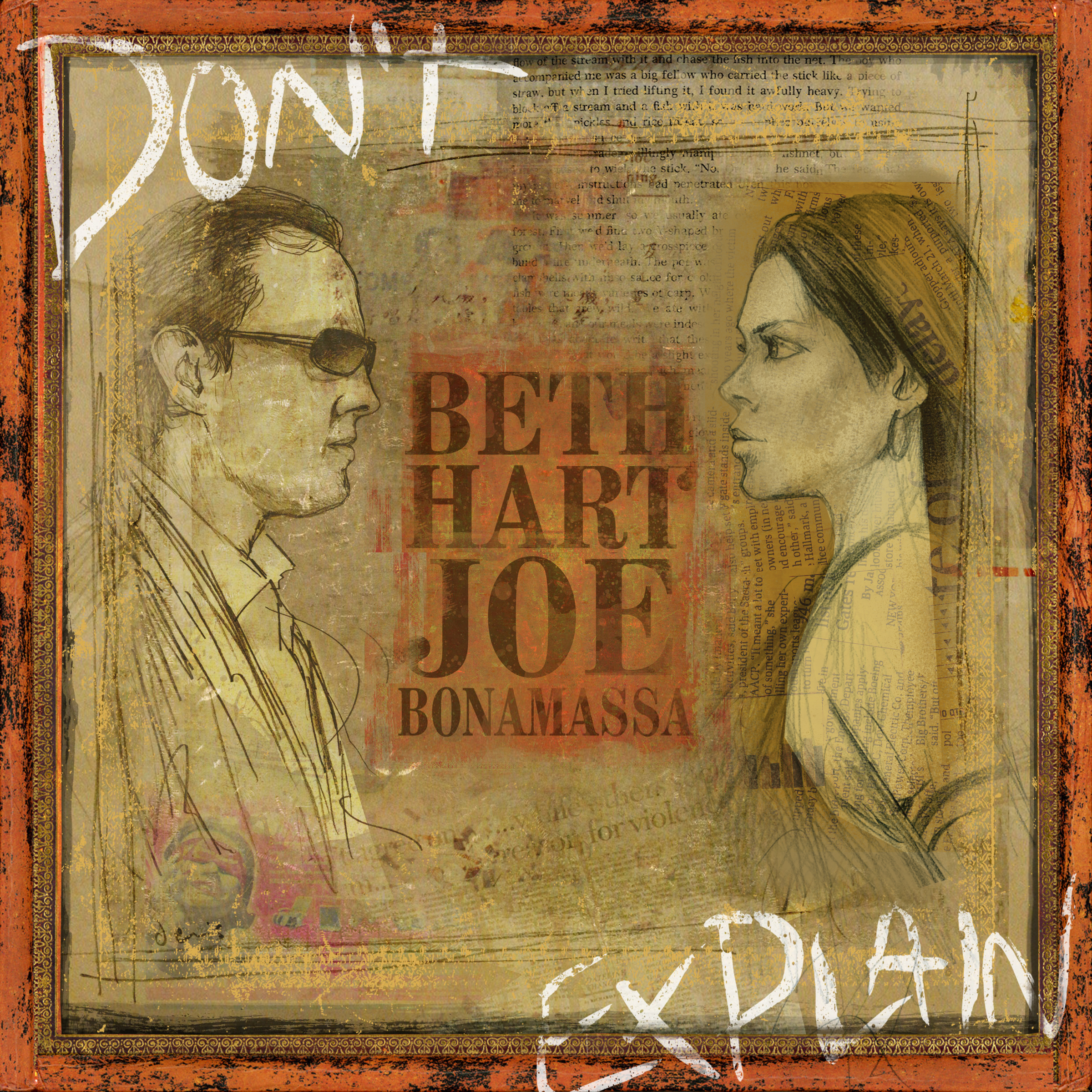 Los Angeles-based singer-songwriter Beth Hart, known for her raw and powerful blues-rock sound, wraps her expressive vocals around classic soul covers on Don't Explain, an album that grew out of her friendship with guitarist Joe Bonamassa. Produced by Kevin Shirley (Joe Bonamassa, Led Zeppelin, Black Crowes), the album features Hart's scorching interpretations of ten songs, with Bonamassa on guitar and his ace band filling out the tracks.

"Beth's got a pretty heady voice, very reminiscent of Janis Joplin, says Shirley, who has produced Bonamassa's last five albums. "She's also got a lot of Etta James in her, but hadn't really accessed it. With this material, there is a gentleness to the way she delivers the most heartfelt tunes that she hasn't shown before. It's very cool, she's done a fantastic job."

Bonamassa and Hart had crossed paths on the road numerous times, and played many of the same festivals in Europe. In early 2010, he caught a show of hers in London. "It was killer," says Bonamassa, and suggested they do a project together sometime. Don't Explain took shape that summer while Bonamassa was recording his latest album, Dust Bowl, in Santorini, Greece. "I was up late one night, I couldn't sleep. I was playing songs on my iPod from the reissue of Get Yer Ya-Ya's Out, which included all the opening acts from that Stones show," he recalls. "As soon as the Ike & Tina Turner tracks came on, I just said out loud, 'Beth Hart.' I emailed Kevin, saying, 'Let's do a soul covers record with Beth,' and he replied back, 'Actually, that's a great idea.'

Beth%26Joe2Hart agreed, though she says, "When I first got the call from Joe about doing a soul record with me, I figured I'd be the background vocalist. He said, 'No, you're singing lead.'" She collaborated with Bonamassa and Shirley on choosing songs, and the final set list features numbers made famous by artists including Billie Holiday (the title track, "Don't Explain"), Aretha Franklin ("Ain't No Way"), Bill Withers ("For My Friend"), Ray Charles ("Sinner's Prayer"), Delaney & Bonnie ("Well, Well," featuring a vocal duet with Bonamassa), Tom Waits ("Chocolate Jesus"), Etta James ("I'd Rather Go Blind" and "Something's Got A Hold On Me") a personal favorite of Hart's - and others.

To accommodate everyone's tight schedules, Don't Explain was recorded in four days over two weekends in January 2011 at Village Recorders in Los Angeles (and later mixed by Shirley at The Cave in Malibu). Hart prepared by listening to the originals over and over, to fully learn the material and absorb its very essence - and she was delighted by quickly capturing the raw energy and immediacy she felt in the studio. "With the level of players there, including Joe of course, I really had to rise to the occasion," she says. "I couldn't do my best, I had to do better. That kind of focus was humbling, and it was great. We had such a good time making the record."

To back Hart up, Bonamassa assembled the band that was heard on his #1 Blues album The Ballad of John Henry (2009): Anton Fig (drums, percussion), Blondie Chaplin (guitar), and Carmine Rojas (bass), as well as Arlan Scheirbaum (keyboards). The sound evolved into a simmering mix of soul, jazz, rock, and blues, with Hart's vocals confidently in the pocket of each and every groove. "Beth has been an absolute hidden gem," says Bonamassa. "She has a beautiful voice. She's a fantastic singer, a lovely person." Don't Explain explains it all. (bethhart. com)