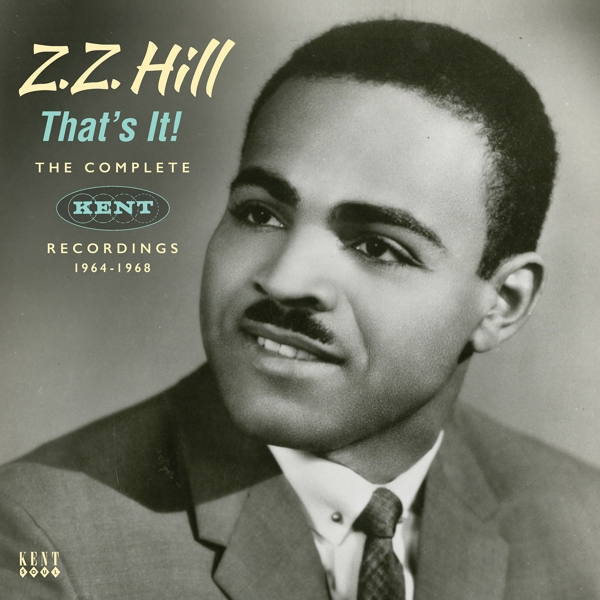 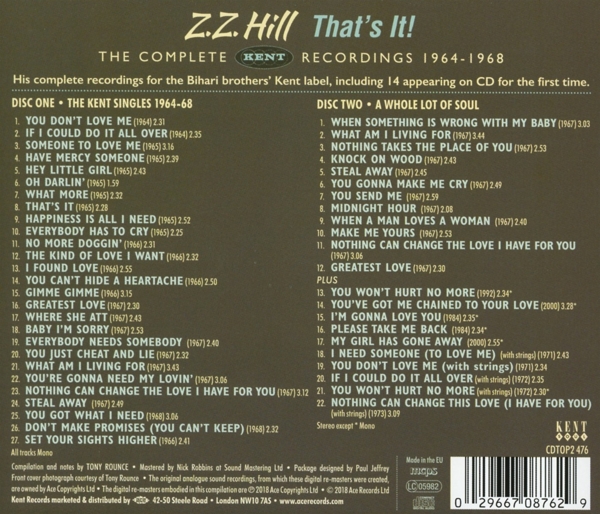 Premier league soul man Z. Z. Hill’s US Kent tenure did not bring him huge commercial success, but the recordings he made for the company provided the catalyst for the R&B/Soul hits he would have during the 70s and his reinvention as a standard bearer for »Bluesoul« in the early 80s.

He recorded prolifically for the label for four years, issuing more than a dozen singles and two albums containing soul music of the highest quality. Ace has been reissuing Z. Z.’s repertoire on the UK Kent imprint ever since we started representing Kent / Modern, more than 30 years ago. We are delighted to kick off 2018 with »That’s It!«, a 2CD anthology that finally brings everything the man recorded for the US Kent label together in one place.

CD1 contains the A and B-sides of all of Z. Z.’s original US Kent 45s in chronological order and in mono, as they were heard at the time. Many of these mono mixes are making their UK Kent debut. CD2 contains Z. Z.’s »concept« album »A Whole Lot Of Soul« in stereo (again released for the first time on CD in its entirety), plus tracks and significant remixes released after Z. Z. left the label – including a few that are also new to UK Kent – again, mostly in stereo.