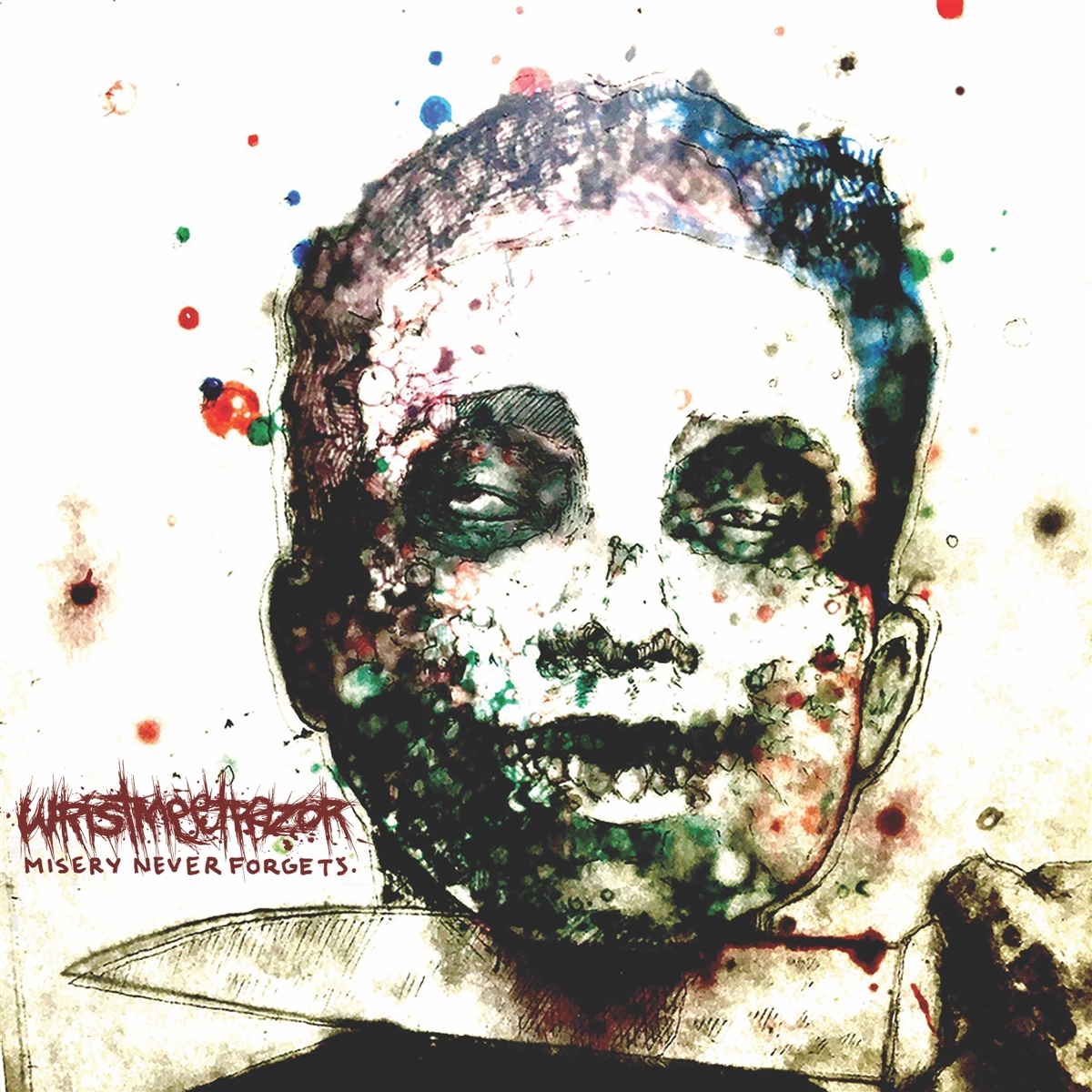 Three-piece, screamo/modern metalcore outfit, Wristmeetrazor unveil their debut LP, Misery Never Forgets. The band signed to Prosthetic following 2 previous critically acclaimed EPs: I Talk to God... and... But The Sky Is Empty. CVLT Nation described the EPs as both frenetic and draining, a maelstrom of vulnerability frought with pain and aggression that calls to mind such hardcore stalwarts as Pg. 99, Majority Rule, Portraits of Past, etc.

Born as an outlet for trauma, Wristmeetrazor tow the duplicitous line of suffering and salvation. This paradigm flickers brighter than ever through the cloak of darkness that is the band's debut LP, Misery Never Forgets - nine tracks of blinding, chaotic emotion. Conceived by guitarist and vocalist, Jonah Thorne, Wristmeetrazor started as a solo project influenced by the likes of screamo bands Neil Perry and Kodan Armada in Spring of 2017, before expanding into a full band.