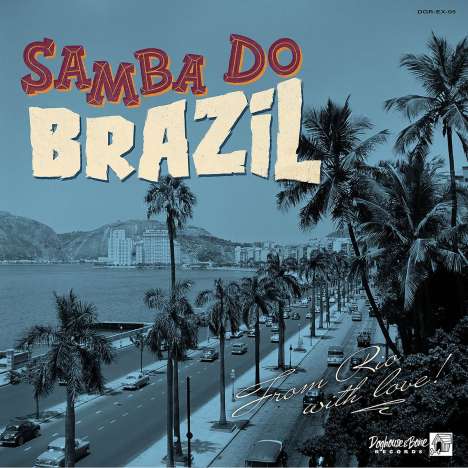 The blue-eyed Blonde, statuesque Mexican-born Betty Reilly had a predilection for exotic dances and foreign languages. She learned a number of these languages as a child while living in a multicultural existence with her parents in Mexico where they owned a swanky resort hotel.

Singing in Spanish, Portuguese and Yiddish she worked with Xavier Cugat and his orchestra during the 40's and appeared in few past war films. Her collaboration with the CAPITOL label in the early 50's leads to some recording sessions with orchestra conducted by the »Lounge Exotica« composer Les Baxter. »Magdalena« and »Brazilian Baion« were the 1954 first incursion into Samba for Baxter. He will spend more time with Brazilian rhythm later and contribuate to the »Bossa Nova« invasion in the USA in his 1966 Lp »Brazil Now« cut for Crescendo GNP label.

Les Baxter, alongside Martin Denny and Arthur Lyman, is celebrated as one of the progenitors of exotica music. In his 1996 appreciation for Wired magazine, writer David Toop wrote that Baxter »offered package tours in sound, selling tickets to sedentary tourists who wanted to stroll around some taboo emotions before lunch, view apaganàceremony, go wild in the sun or conjure a demon, all without leaving home stereo comforts in the whitebread suburbs.«

Feels Like Home: Songs From The Sonoran Borderland
CD
EUR 16,99*