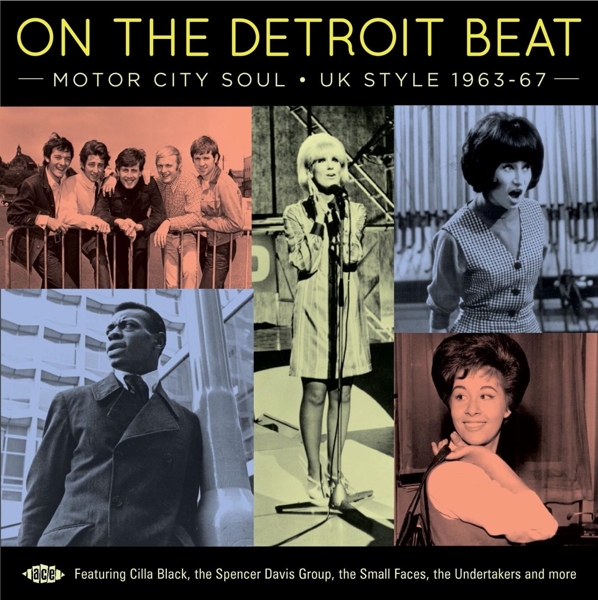 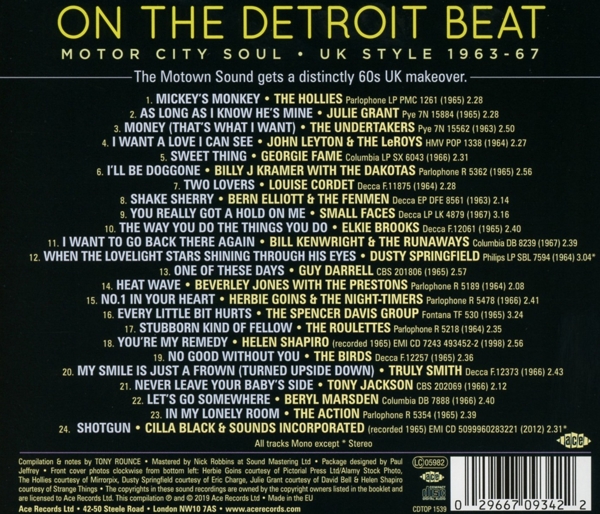 Bewertung:
lieferbar innerhalb 2-3 Wochen
(soweit verfügbar beim Lieferanten)
EUR 16,99*
• It’s been part of the UK’s musical DNA for so many years that it’s hard to imagine a time when Motown was struggling to make an initial impact here. Incredibly, not one of the forty 45s issued from their catalogue, across an assortment of labels, breached the UK charts in the company’s first five years of operation.

• Motown’s initial lack of success here made its early catalogue fair game for any UK artist looking to score a hit with a quality song. After the Beatles recorded three Motown songs on their second album, local artists were queuing up to put their own spin on Motown copyrights.

• Not all of those homegrown versions were artistically successful, but Ace’s “On The Detroit Beat!” brings together two dozen that were, by some of our best-known and best-loved singers and groups of the Beat Era (and beyond). On this CD you’ll hear the likes of Cilla Black singing Junior Walker, Elkie Brooks taking on the Temptations, the Hollies essaying the Miracles and much more besides.

• The tracks featured here embrace both big Motown hits and relatively obscure titles, almost all of them cut with a view to becoming hits where the original versions had stalled. If the Motown Sound itself was difficult to replicate, the spirit of the original versions is always present and correct in all 24 performances here.

• Remastered as always from the finest available sources, the CD booklet features copious annotation and a wealth of period illustrations, record labels and everything else you would expect from an Ace release.