Let's Do The Boogaloo 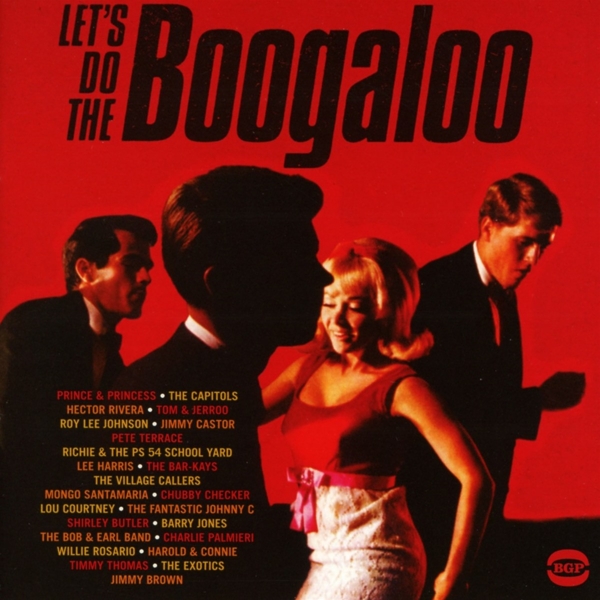 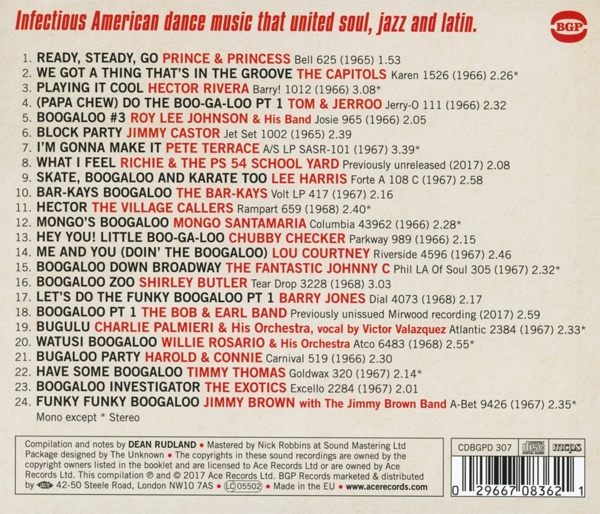 The boogaloo is an infectious and little-defined dance that dominated American dance records in the mid-60s. It was the joyous place where young black and latin youths met and made sweet music. All previous Boogaloo compilations have focused on the latin aspect, “Let’s Do The Boogaloo” looks at how the music crossed over between the two.

The boogaloo craze started in Chicago with a record by Tom & Jerryo, but it proved to have an enduring legacy with its hit-making potential running from 1965 through to 1968 – much longer than any other comparable dance. Our earliest records – The infectious ‘Ready Steady Go’ by Prince & Princess, produced by Rolling Stones producer Jimmy Miller – kicks us off with a frenetic beat and some latin horns. It is the perfect boogaloo crossover.

Elsewhere we feature big sounds from both the soul and latin side of the music. Club classics by the likes of Hector Rivera and Roy Lee Johnson, and obscurities by The PS 54 School Yard and Shirley Butler. The musical aspects of this compilation hail from as far apart as Texas and Detroit and Philadelphia and LA, where we found the previously unreleased Bob & Earl Band ‘Boogaloo’.

The extensive sleeve notes explain the story of the dance and how the music adapted to it. Bringing together the many strands and explaining what connects Chubby Checker, Charlie Palmieri, Mongo Santamaria and Jimmy Castor. This is musical and dancefloor dynamite that brought together communities, and “Let’s Do The Boogaloo” is the definitive compilation from the genre.