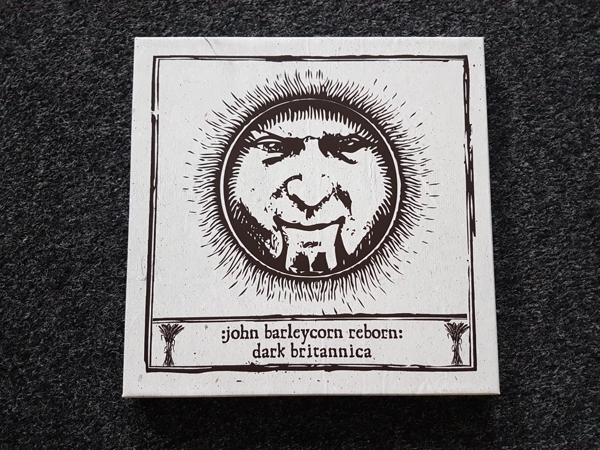 A discovery of folk music from dark Britannica. »John Barleycorn Reborn« explores seasonal birth, death and rebirth on this 4LP. Originally released in 2007 on 2CD by Cold Spring and now in a 4Lp box with extensive booklet on Burning World Records in December 2017.

This compilation explores the darker side of British folk music, evoking the mystery of our ancient past and peoples, the strangeness of their beliefs, arcane traditions and the remnants of this carried down the centuries as folklore. The set has an extended booklet with articles, essays and explorations of the album's concept.

The album was originally compiled as a cooperation between Cold Spring and Woven Wheat Whispers. Curated by Mark Coyle and released on 2CD in 2007. Ten years later sees the compilation released for the 1st time on vinyl by Burning World Records.