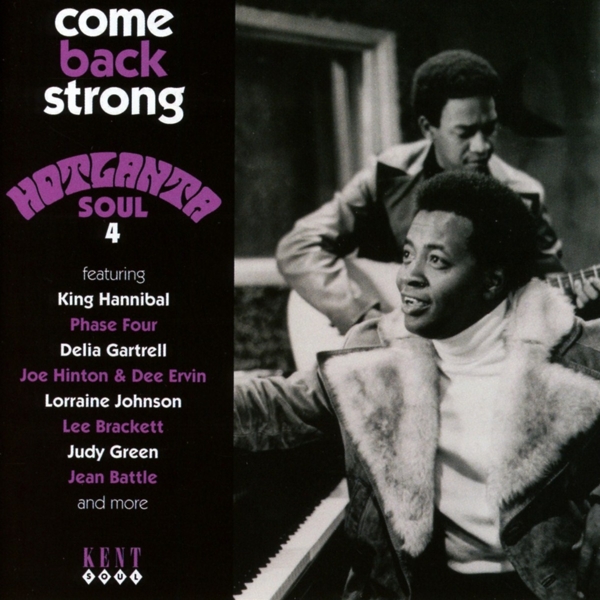 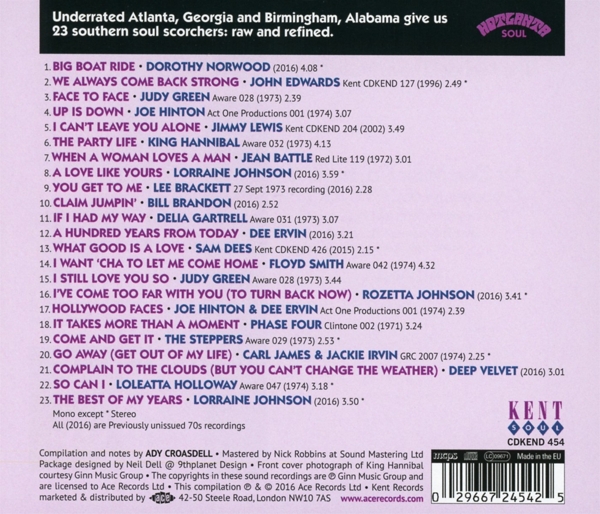 The cities of Atlanta, Georgia and Birmingham, Alabama were never major recording hubs but in the early 70s they issued some of the finest examples of southern soul. The Moonsong and Clintone labels of Birmingham and the GRC, Aware and Hotlanta imprints from Atlanta sported artists of the calibre of John Edwards, Bill Brandon, Lorraine Johnson and Loleatta Holloway.

Those acts are all included on this CD, but it is the lesser-known performers who complete these labels’ story. There was a Los Angeles side to the GRC set up and Dee Ervin, Joe Hinton, Lee Brackett and Jimmy Lewis from that city are all featured on high class recordings either debuting here or on rarely heard records. Detroit and Chicago provided a few acts; Deep Velvet’s take on »Complain To The Clouds« is much more harmonious than Ripple’s funk take on the excellent song.

Producer Floyd Smith goes all Barry White on his interpretation of the Ripple-written song »I Want ‘Cha To Let Me Come Home« and the Steppers were an interesting amalgamation of Detroit musicians and singers whose one-off 45 »Come And Get It« made a lot of noise but failed to score. Two great Clintone label female artists are showcased. There is an alternate take of Rozetta Johnson’s Sam Dees’ song »I've Come Too Far With You (To Turn Back Now)«, first released on an earlier Hotlanta volume and stable-mate Jean Battle sings her Birmingham-recorded Dees’ number »When A Woman Loves A Man« issued on the small east coast label Red Lite. Compilation and note by Ady Croasdell.