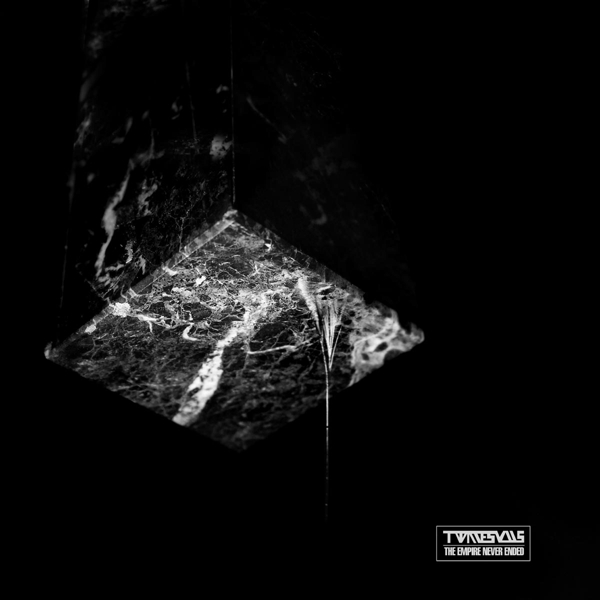 *** Digisleeve
Twinesuns is sheer heaviness, defined by the complete absence of drums. With two guitars, moog synthesizers and a ton of different amplifiers, cabinets and pedals, the band has quickly developed their own unique take on the drone / doom / ambient genre, sucking the listener intot he band's dark cosmos with 2014's ferocious debut album "The Leaving", followed by 2015's EP "A Blackened Planet", both now nearly sold out.

Music without drums can be quite difficult to grasp for those who are not devoted fans of the genre - and even for those who pretend to be, because it's very fucking cool to worship Sunn O))) these days... but Twinesuns demonstrate that drums are sometimes overrated. "The Empire Never Ended" is a collection of strong musical ideas without drums, delivered in a crushingly heavy yet surprisingly clear sound. Yes,you have to be willing to let yourself in for a sonic journey, in order to appreciate the spooky, lengthy compositions. But each track has a remarkable theme, if you don't want to call it 'hookline', and the seemless transitions between the individual tracks will make you find yourself completely losing track of time while listening to this 80-minutes beast of an album.

"The Empire Never Ended" was recorded live, to keep the bandspirit and inter-personal behaviour as a main impact on the final outcome.The fact that the album was recorded nearly at live volume contributed to the crushing heaviness and the relentless Tone of the album. Most certainly, a lot of air has been moved around by the low frequencies that shape this album, which was mixed and mastered by Kruger's Raph Bovey.