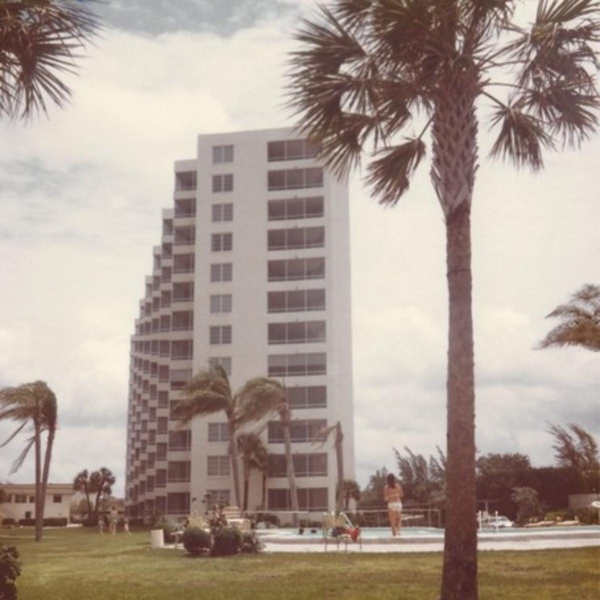 Summer 2011, we discovered Triptides' music through a music blog aggregator and immediately fell in love with it. Just after that, we decided to interview the band for our own blog and to release a single, their first-ever vinyl record, through our beginning sister label Croque Macadam. The single contained two songs Going Under & Outlaw, both coming from and self-released tape named Psychic Summer. One year later, Triptides released a CD album Sun Pavilion and we were releasing again another 7" record with the main single Bright Sky and an exclusive b-side (Darling). Both albums never were released as vinyl.

10 years later we are now releasing a beautifully remastered version of these two lovely albums. Since then, Triptides became one of the most endearing contemporary psych band alongside the dynamic Californian scene with which they share or shared members (Mystic Braves, Levitation Room, Frankie And The Witch Fingers...). The Band then formed by the duo Glenn Brigman & Josh Menashe used to make their song from their Bloomington student home studio on an old Tascam 8 track tape recorder, already showing a deep interest for the sixties influenced music. If their first EP were showing some touching errors, despite the years passing, both Psychic Summer & Sun Pavilion are still offering a very nice musical experience for the listener. Their songwriting remains flawless and the DIY lo-fi production makes it sound as spontaneous and charming as it was back then. Our favorite songs such as Going Under, Who Knows, Satin Skies, Bright Sky, English Rain or Sun / Shine shows a great kraft for beautiful and catchy songs anchored in both a sixties tradition and the then-burgeoning modern indie-pop sound through very interesting surf influences and uses of a drum machine. The reissue is a great opportunity to rediscover Triptides in their beginnings. The objects had been carefully made, Psychic Summer for example had a brand new artwork by psychedelic collage master Andrew McGranahan, both have color vinyl version and standard black. Far from being rough drafts, these two albums are still showing a beautiful angle on Triptides' music and their always strong discography.