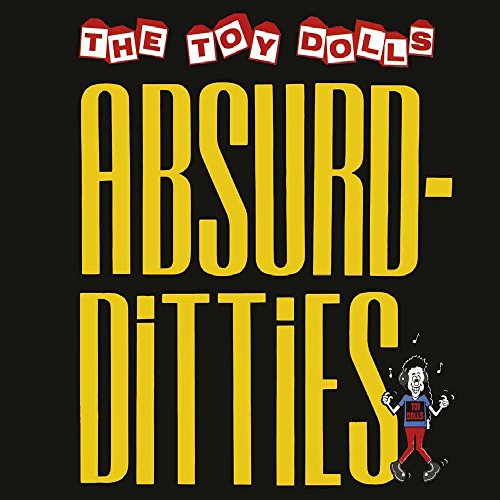 *** Gatefold Cover
"Absurd-Ditties" is the seventh full-length album by the punk rock band Toy Dolls. It is considered by many, including vocalist and guitarist Olga, to be one of the band's best albums! The album title is a pun on the word “absurdities”, merging “absurd”, meaning “unreasonable or ridiculous in manner”, with “ditties”, meaning “short simple songs”, which when combined to form Absurd-Ditties describe the album's songs itself as “absurd ditties”. Ian Glasper also called the album “brilliant” in his 2004 book Burning Britain: The History of UK Punk 1980-1984.