Tony Conrad: Outside The Dream Syndicate 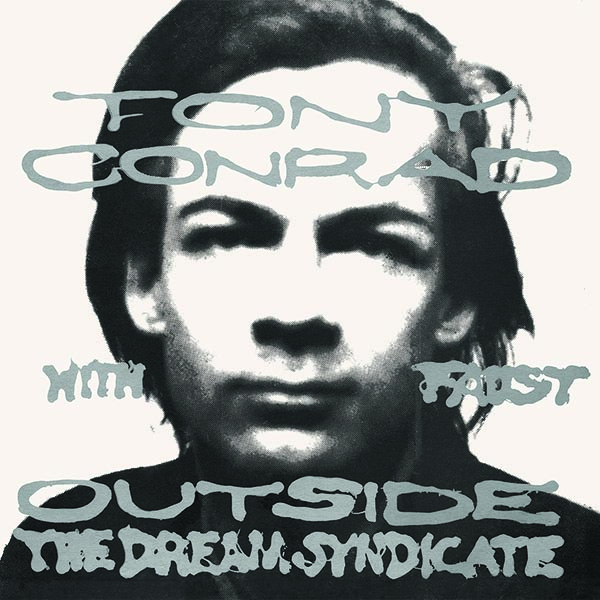 Violinist, composer and filmmaker Tony Conrad started his career in New York in the early 1960s. As a member of the Theater of Eternal Music (a.k.a. the Dream Syndicate) alongside John Cale, La Monte Young, Marian Zazeela and Angus MacLise, he participated in now-legendary and often legendarily loud drone performances with many pieces having no beginning and no end.

During a fateful trip to Germany in 1972, Conrad met with avant-rock visionaries Faust and made the very first record to bear his name. Outside The Dream Syndicate, originally released in Europe only in 1973, is a stunning debut. Two side-long tracks – »The Side Of Man And Womankind« and »The Side Of The Machine« – show just how far Conrad had moved beyond his minimalist peers. Werner Diermaier's repetitive drum beat and Jean-Hervé Peron's stripped-down bassline conjure a tense, ascetic groove, while Conrad's seamless violin, initially so controlled, reveals a surprising adaptability.

The music shifts almost on a subliminal level, pushing and pulling to the drone's internal pulse. It is hard to imagine Conrad's trajectory from downtown Manhattan to a farmhouse in the German countryside that ultimately resulted in Outside The Dream Syndicate, yet no other record captures – so completely and instantly – the intersection of avant-garde and rock forms. Outside The Dream Syndicate remains ahead of and bracingly outside of its time. This first-time vinyl reissue and long out-of-print CD release have been carefully mastered from the original master tapes and include liner notes by musician Jim O'Rourke and author Branden W. Joseph.