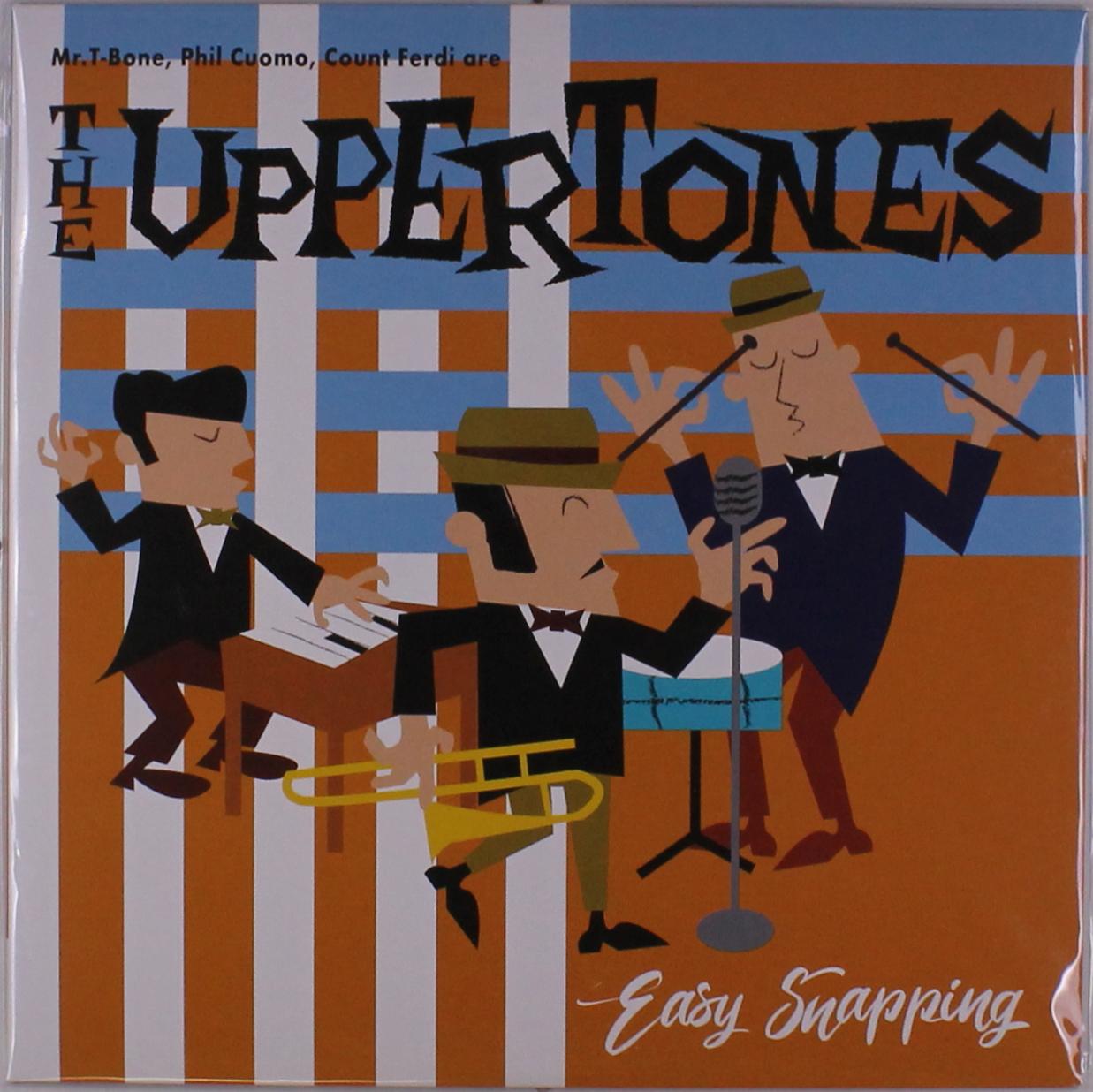 This trio aims to please crowds with a stompin' swing mixed with Jamaican edge and style. Mr. T-Bone is a well known singer, composer, and trombone player in the international ska scene who has released 10 solo albums in the last 15 years and has toured Europe, USA, Canada, Indonesia, Japan, Brazil and Mexico. Drummer Ferdinando Count Ferdi Masi is an Italian ska pioneer who founded Casino Royale and The Bluebeaters. Pianist Phil Cuomo is a very talented young musician, pianist and singer whose hands run like a Louisiana train on the keys.

The Uppertones first album »Closer To The Bone« was released in December 2015 to worldwide acclaim, then in 2017 returned with »Up Up UP!« featuring guest vocalist Jesse Wagner from The Aggrolites. In 2019 Jump Up dropped a Christmas 45 covering Louis Prima's »Shake Hands With Santa Claus« setting the stage for their new album »Easy Snapping« - 10 fantastic toe-tappers including re-works of »Mojo Workin«, »L. O.V. E.«, »That's Amore«, »Down In Mexico« and the classic Jamaican title track. It's a must for fans of original ska like The Skatalites, Byron Lee & The Dragonaires, and Blues Busters as well as jump blues crooners Louis Prima, Frank Sinatra and Louis Jordan.

The Uppertones forte is without a doubt their live set - the trio has been touring non-stop playing close to 100 shows a year in 12 different European countries - hopping from club to club in addition to the summer festival circuit. Catch The Uppertones if you can!