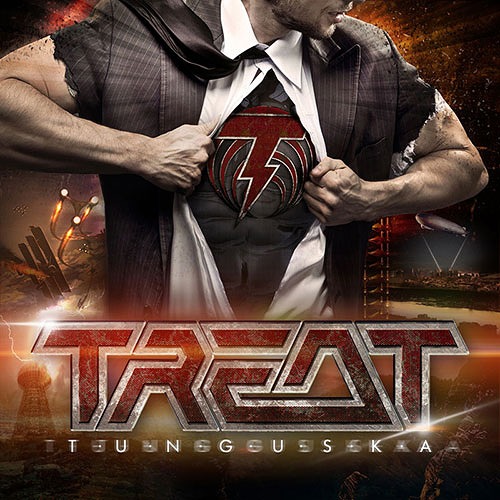 *** Japan-Import
Building on the success of their last two albums, ›Coup de Grace‹ (2010) and ›Ghost of Graceland‹ (2016), which were both released after the band's reunion in 2006, Treat's return has been more than welcome by fans and critics alike. With the two latest albums having received praise as true masterpieces, TREAT is releasing their new album, packed with riveting rockers and seductive, soul searching melodic rock songs, on a wave of newfound creativity and high anticipation from their fan base.

The album title is a reference to a mysterious large explosion that took place in Siberia in 1908, but metaphorically and artistically, ›Tunguska‹ represents the last piece of the puzzle to be put in place since the band's reunion. The album was once again produced by respected writer/producer, and longtime TREAT fan, Peter Mansson together with Anders Wikström, showcasing a band who, despite a thirty plus year career, are hungrier and more energetic than ever! TREAT's current lineup includes Robert Ernlund (vocals), Anders Wikström (Guitars and backing vocals), Patrick Appelgren (keyboards, guitar and backing vocals), Jamie Borger (drums), and bass player Pontus Egberg (King Diamond).

The band is truly at the top of their game and songs like the outstanding lead single ›Build The Love‹ or rockers like the fabulous album opener ›Progenitors‹, ›Always Have, Always Will‹ and ›Rose of Jericho‹ stand out as future live staples in the band's repertoire.