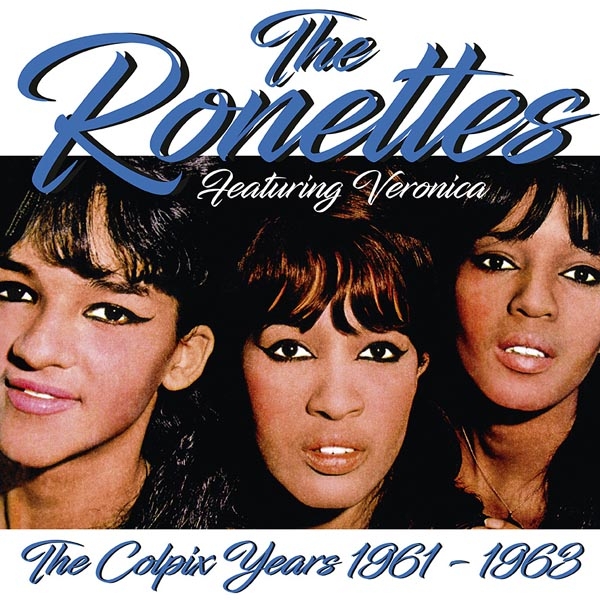 Before they hit it big with Phil Spector and his Phillies label, the vocal trio from Harlem known as The Ronettes recorded numerous sides for Colpix Records. Two sisters (Veronica, later known as Ronnie Spector, and Estelle Bennett) and their cousin (Nedra Talley), first began performing at local sock hops and bar mitvahs around Manhattan in the early 60s under the name Ronnie and The Relatives.

It was under this name that they recorded several sides for Colpix Records in 1961-1962, all great slices of early sixties pop / R&B, though none of which managed to chart. A name change to The Ronettes and more great singles were released in 1963 (including the killer interpretation of The Ray's doo wop classic »Silhouettes«), but again, success eluded the group.

They soon were performing with their over-the-top hair on Murray The K's legendary live program and, disappointed with their lack of success on Colpix, placed a call to audition for Phil Spector and the rest, as they say, is history. However, despite Colpix's inability to find airplay and sales for the group, these early sides nonetheless show glimpses of the greatness that was to come and are fantastic sides of early 60s pop in their own right.