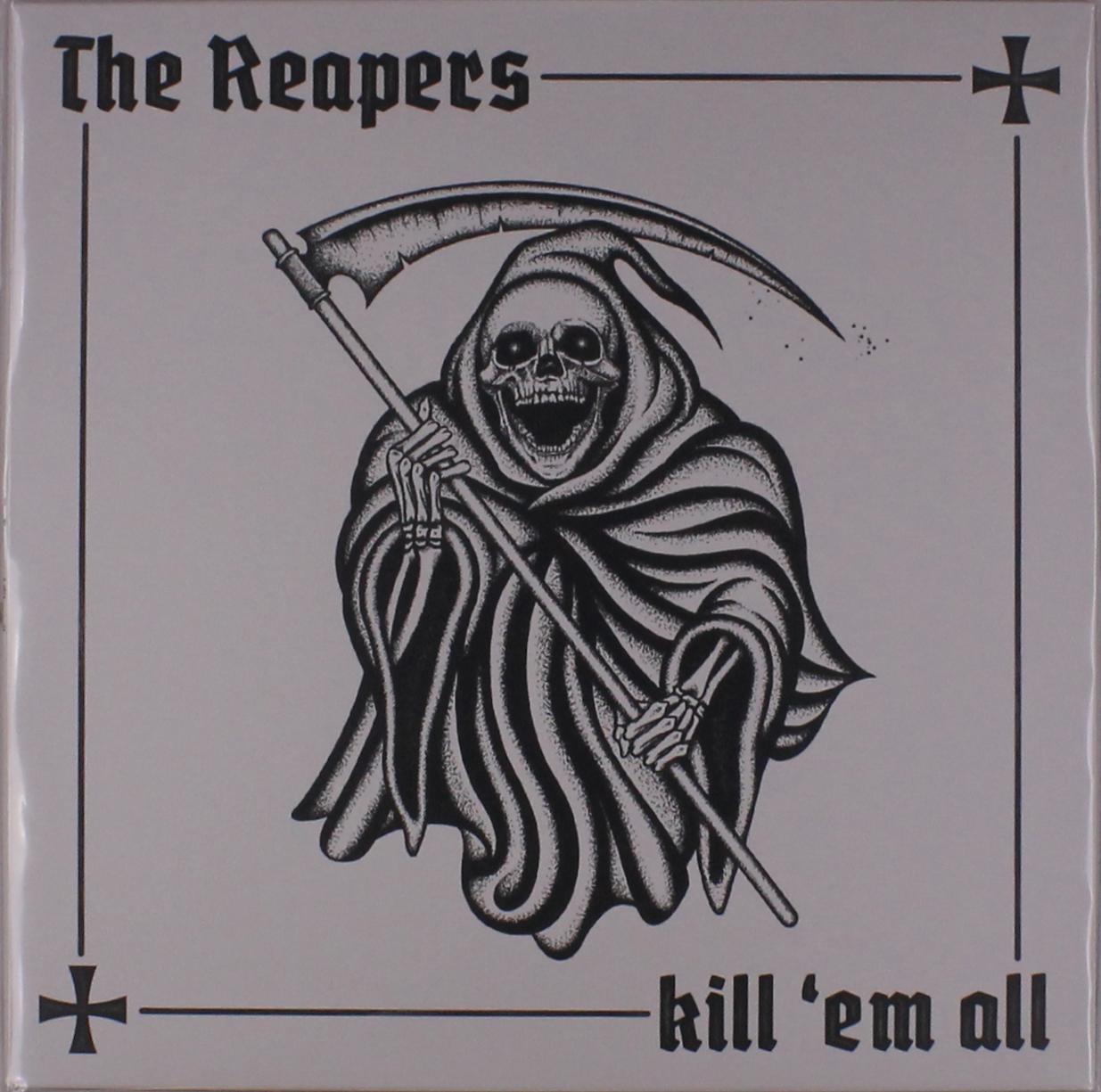 Surprising both friend and foe with last year's smashing debut LP "RIP IT UP" for REBELLION RECORDS, THE REAPERS (Utrecht/Rotterdam) are already back for another round of anti-social insanity and savagery, taking no prisoners this time around as the Dutch lads are out to... "KILL 'EM ALL"! Asides the intro and, might I add killer, cover of "Fortunate Son", "KILL 'EM ALL" holds six all new, no-holds barred street rock'n'roll attacks only THE REAPERS can deliver!

In 2019 the boys from Holland ripped you up and in 2020 they stomp over of whatever there is left of you with brute force, while delivering one anthem after another! With scorchers like "Tainted Streets", title-track "Kill 'Em All", "Rat Race", "From The Gutter", "Skinhead Rock'n'Roll" and "Through The Fires" - "KILL 'EM ALL" is a mental follow up to their already impressive debut! But that's not all, because the CD-version of "KILL 'EM ALL" also includes the three tracks off "Oi! AIN'T DEAD 7" as a bonus, making it a full-blown sophomore album and a must-have for fans of brickwall street rock'n'roll!