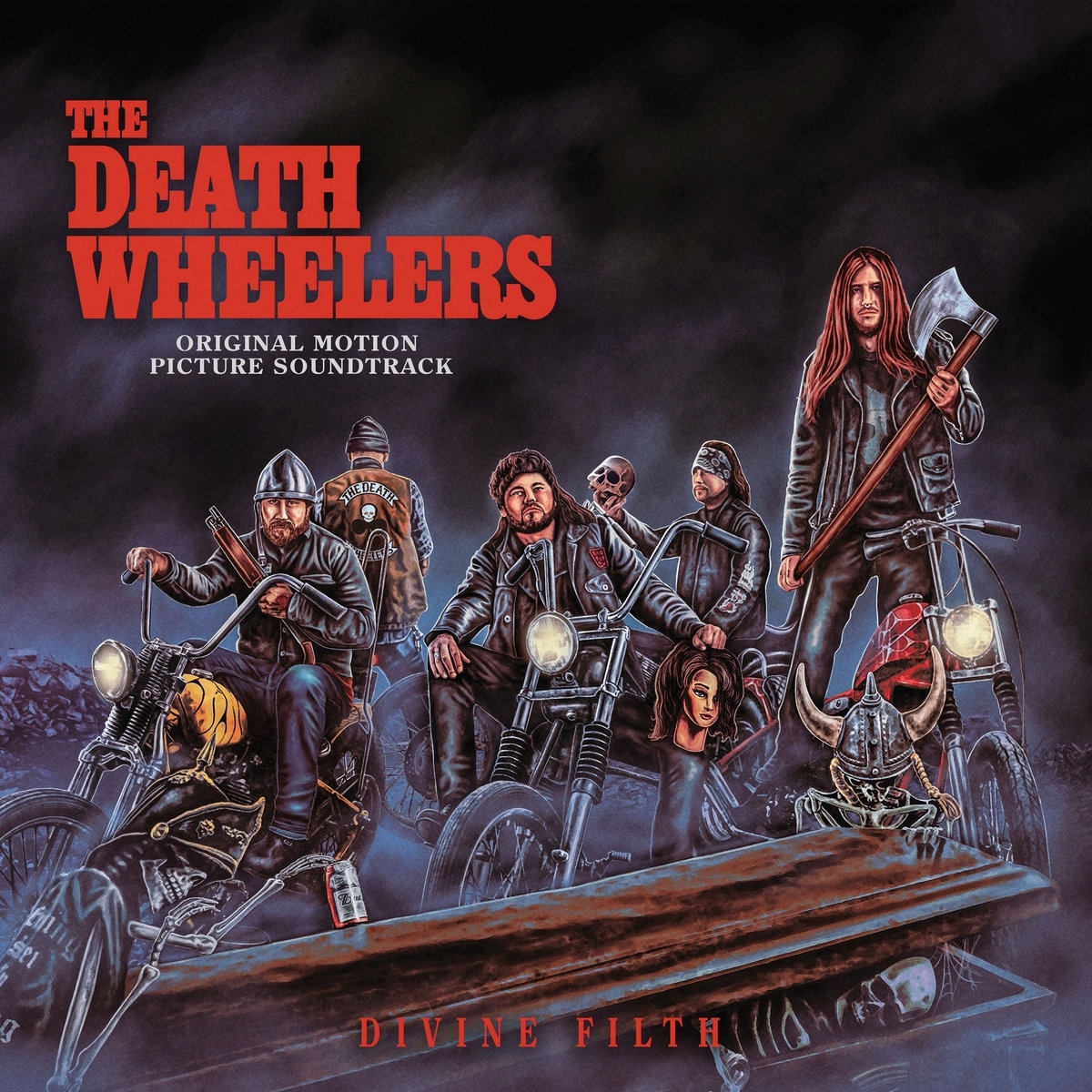 From beyond the gutter, The Death Wheelers bring you their second album, the soundtrack to the fictional bikesploitation flick that never was: Divine Filth. Drawing inspiration from instrumental rock, proto-metal, punk and funk, the band embalms the listener in their sonic world of decay, groove and debauchery. Surfing the line between Motörhead, The Cramps and Dick Dale, the Canadian quartet uncompromisingly blends rawness and power in their riff fueled compositions.

Recorded entirely in 48 hours in a live setting just like in the good old days, this second opus is a testament to what the band stands for: a no BS attitude spiked with a heavy layer of crass. Just like their previous offering, the album is devised to serve as a soundtrack loosely based on a plot synopsis of a B-movie: It's 1982. Spurcity is run-down. The crime rate is up and so is drug use. A new kind of kick has hit the streets and it ain't pretty.

DTA, a powerful and highly addictive hallucinogenic drug, is transforming its loyal citizens into undead trash. Its users experience an indescribable high, but it leaves them rotting away within days, craving human flesh. No one knows who is dealing this new potent drug, but rumour has it that the motorcycle cult, The Death Wheelers, is behind this concoction. Could this be the end of civilization as we know it? What is motivating this group of psychotic individuals? The cycle of violence indeed continues with this sordid slab of sounds. So hop on, and enjoy one last ride with The Death Wheelers.

The Death Wheelers
I Tread On Your Grave
CD
EUR 17,99*
alle anzeigen