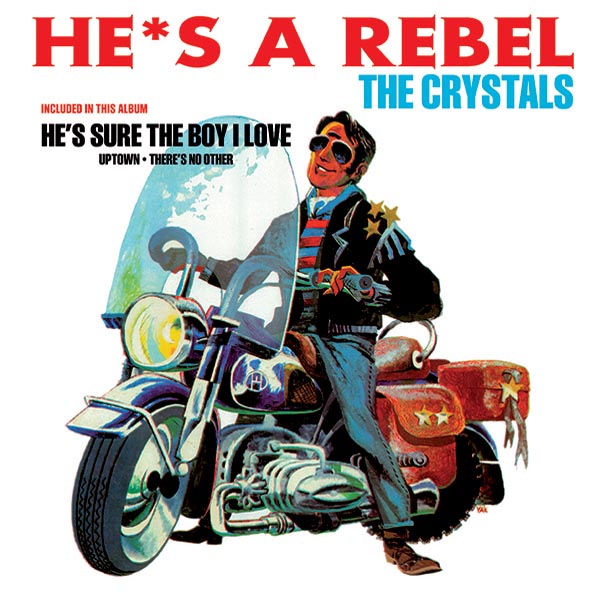 Released on the heels of the immortal hit title track which went to #1 on the charts in 1962, He's A Rebel is the second album from one of the greatest girl groups of all-time, The Crystals.

Lead by legendary vocalist Darlene Love, and produced by Phil Spector, this record IS the sound of baby boomer teenagers. Nobody alive in the early 60s could avoid the infectious dance pop of The Crystals and the sound has held up and been emulated by retro-girl-groups for decades since. But nothing can top Phil Spector and The Crystals.