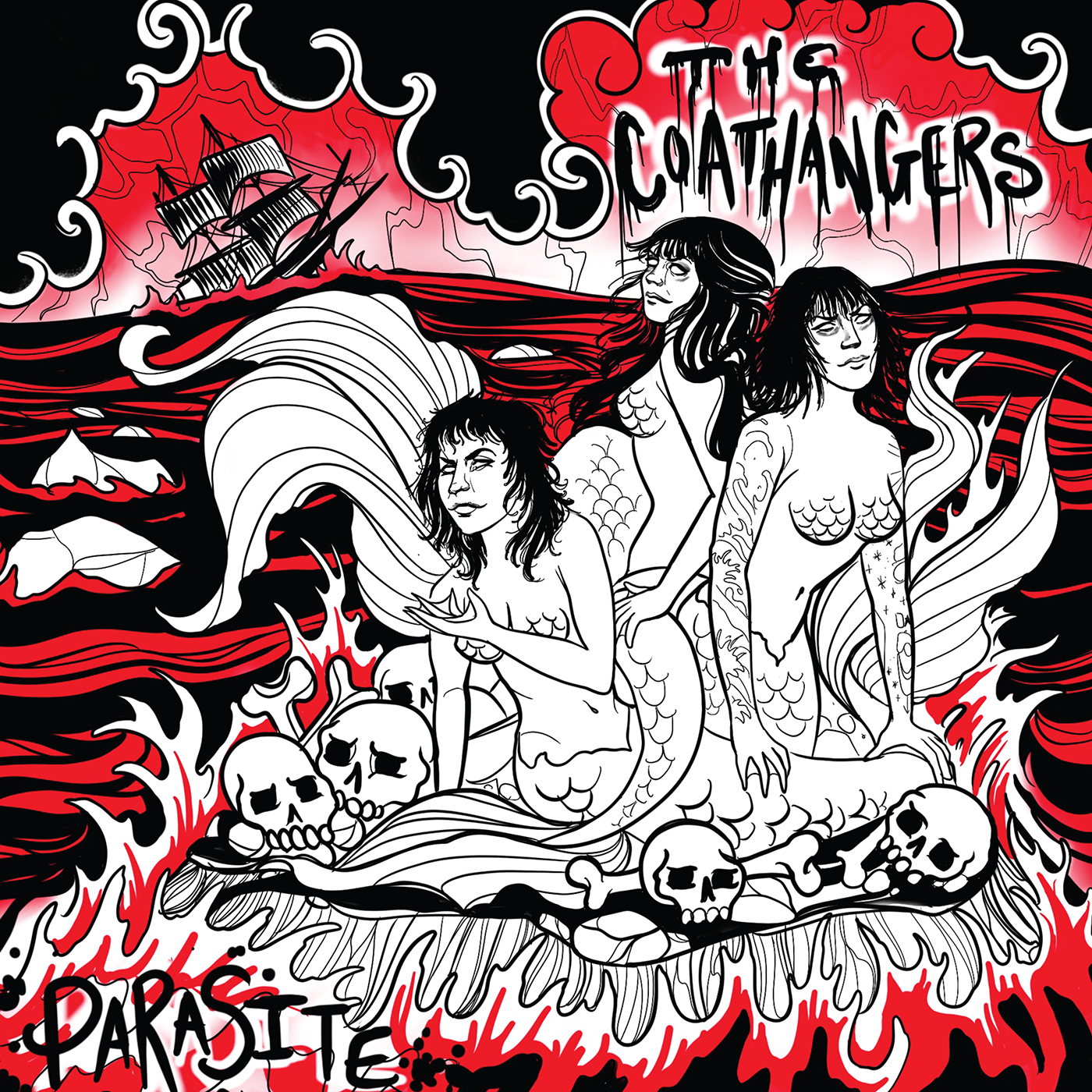 Parasite kicks off with the title track, a rowdy throwback to a younger, angrier incarnation of the band. Crafted in the wake of the election and during a tumultuous period in the band members' private lives, »Parasite« is pure catharsis.

»During the making of our last album, I didn't want to scream anymore, I just wanted to sing and focus on melody. When we came to this recording, I just wanted to scream and curse«, says guitarist / vocalist Julia Kugel. If the EP is meant as a journey through the various stages of the band's career, it certainly storms out of the gate with the same kind of piss-and-vinegar of their eponymous debut. And while »Wipe Out« is another rowdy venture, with bassist Meredith Franco taking over the lead vocal duties over a steady barrage of pointed power-chords, it also showcases the rousing choruses that elevated the trio from underground heroines to an internationally renowned garage act.

Despite the adverse times, The Coathangers' mastery of pop cannot be contained forever, as is evident in the EP's single »Captain's Dead«, with its sultry verses, triumphant chorus, and a bombastic freak-out of noisy guitar. The journey through The Coathangers' musical evolution leads to a revamped version of »Down Down« off 2016's Nosebleed Weekend LP and the smoky twang of »Drifter«, in which drummer / vocalist Stephanie Luke demonstrates her knack for solid Dusty Springfield-style ballads.