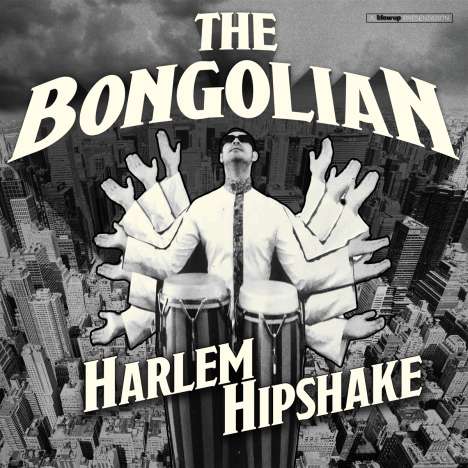 Harlem Hipshake sees the welcome return of The Bongolian AKA multi-instrumentalist and Big Boss Man front man Nasser Bouzida. This, the sixth album under The Bongolian moniker, follows the highly acclaimed Moog Maximus. Harlem Hipshake finds The Bongolian deeply immersed in his lifelong love for the music of the sixties New York's Latin Soul scene, particularly the music of Ray Barretto, Mongo Santamaria and Joe Bataan. Principally a drummer, percussionist by trade, Nasser has once again delivered another set of heavy breaks and percussive grooves underpinning this brand-new collection of songs which he has written and produced.

Whilst Nasser performs many of the instruments (as is usual with Bongolian albums) on the album, it also features a prominent use of additional UK musicians on brass duties. These include Terry Edwards (Trumpet, Trombone, Sax, Flute), Gareth James Bailey (Trombone) and Craig Crofton (Alto Sax), James Morton (Alto Sax), Andrew Ross (Tenor and Baritone sax) and Ralph Lamb (Trumpet). From the East Side to the West Side, get ready for the Harlem Hipshake.