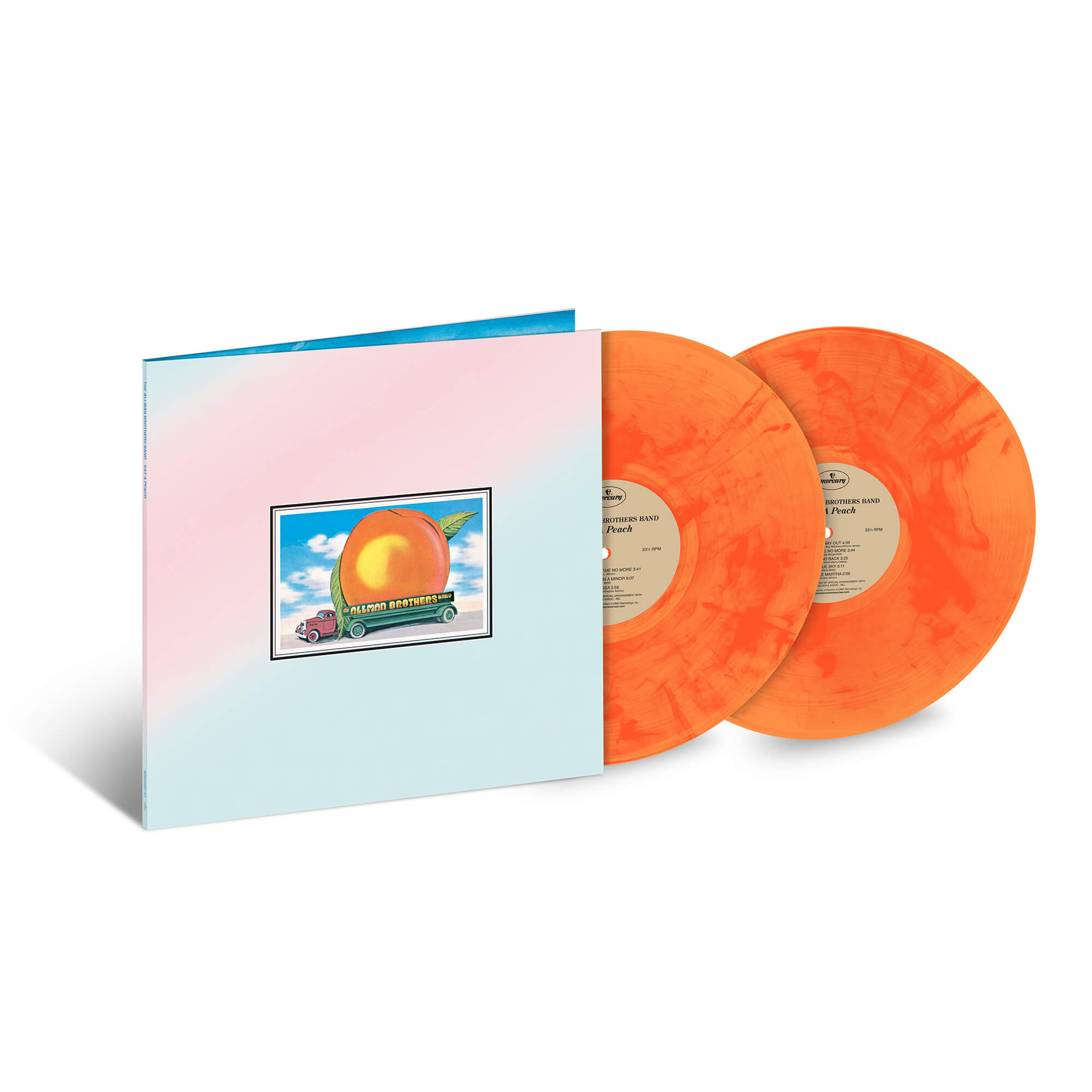 Eat a Peach is The Allman Brothers Band’s third studio album. Produced by Tom Dowd, the album was released on February 12, 1972. Following on from their »Live At Fillmore« double album, the band struggled with personal addictions which were then further compounded by the death of founder member Duane Allman in a motorcycle accident in the band’s home of Macon, Georgia, meaning that this was the final album to feature the guitarist.
The album is a mix of studio recordings (both with and without Duane Allman), and live recordings from the band’s famed 1971 Fillmore East performances. Highlights include the live version of »Mountain Jam« as well as »Melissa«, and »Blue Sky« (a classic rock radio staple).
The album artwork was created by W. David Powell and J. F. Holmes and depicts the band’s name on a peach truck, in addition to a large gatefold mural of mushrooms and fairies. Rolling Stone magazine later picked it as one of the 100 greatest album covers of all time in 1991.
The album was an immediate success, peaking at number four on Billboard’s Top 200 Pop Albums chart. It was later certified platinum and remains a top seller in the band’s discography.