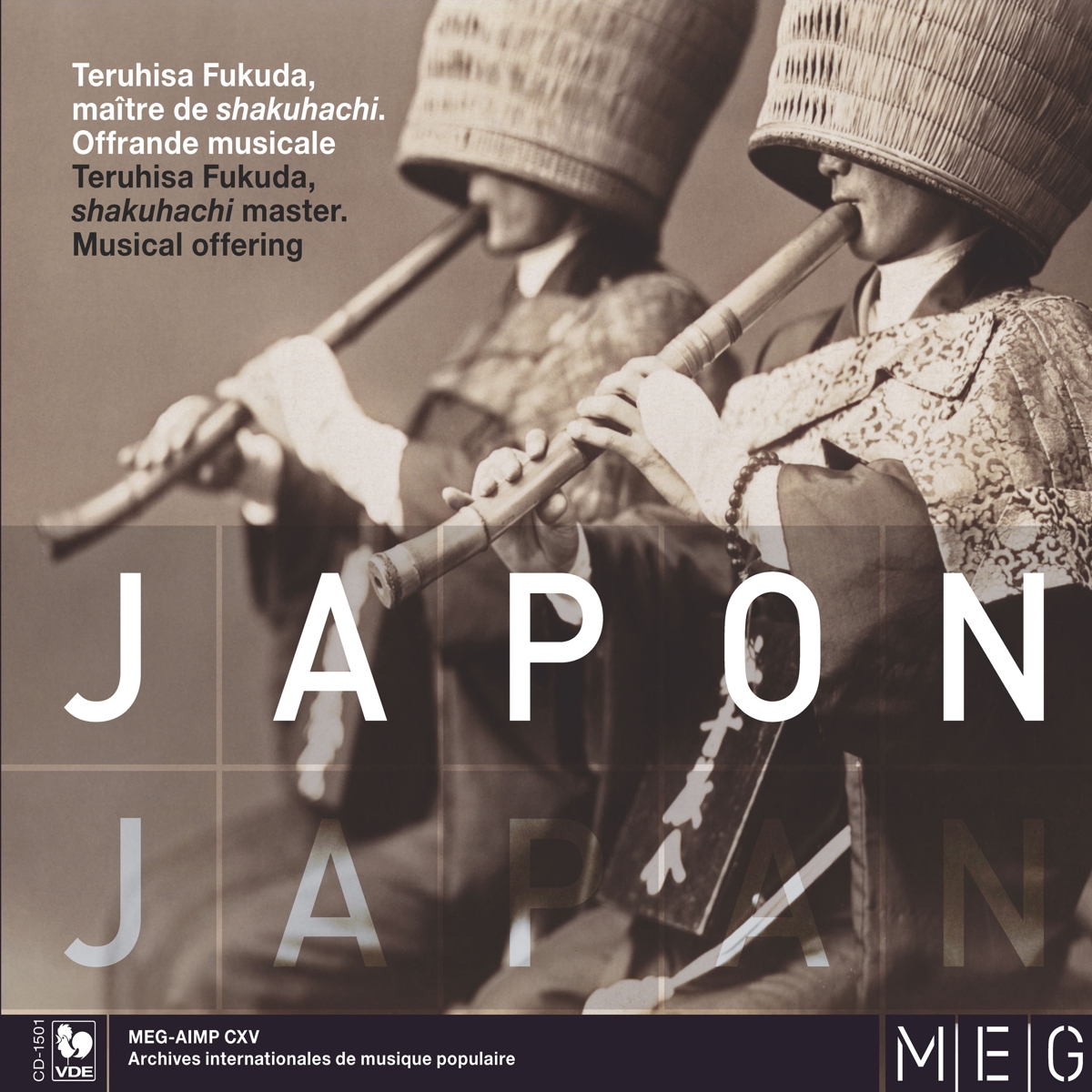 The shakuhachi is an end-blown bamboo flute with one dorsal and four frontal holes and a bevelled notch as mouthpiece. There are two elements in the name of the instrument: shaku refers to an ancient measurement which is the equivalent of 30,3 cm; hachi means eight. Originally shakuhachi thus refers to a flute that measures 1,8 shaku, that is, 54,5 cm. Teruhisa Fukuda: Born in 1949, Teruhisa Fukuda is an eminent artist who has explored a vast range of musical techniques from, both, traditional and contemporary music. For this CD, 2LP Master Fukuda chose a series of seven pieces from a repertoire dating back to the seventeenth century. These were originally performed by monks belonging to the Fuke sect of Zen-Buddhism, who viewed their instrument as means for meditation. The seven pieces are destined to be played solo, in the spirit of zen.