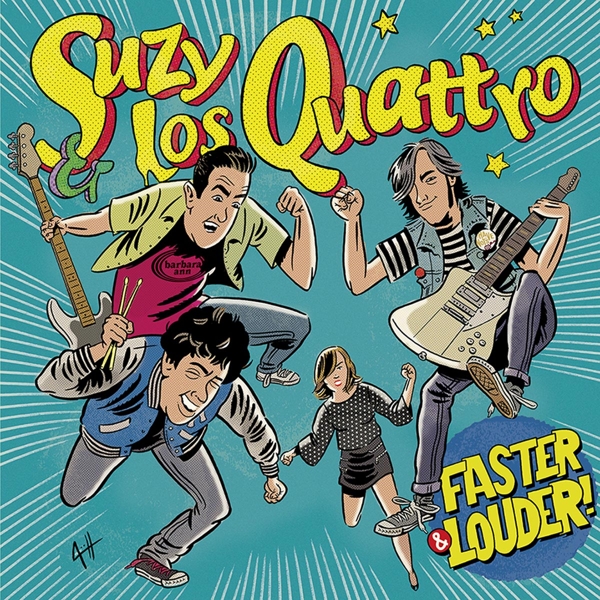 The fourth instalment of the Suzy & Los Quattro adventure is titled "Faster and Louder". The more astute will recognise that the title is borrowed from the opener on The Dictators hallowed "Bloodbrothers" album, the song that some guy with the surname Springsteen counted in. Making music that should be blasting out of every self-respecting radio or stereo, it's fitting that the opening salvo should be titled "Radio! Stereo!".

Barcelona's toppermost power poppers deliver 10 high velocity rocktastic nuggets with their distinctive gusto. "Start Again" is one of them patented Quattro quasi-disco stomping floor fillers that conjures up glitterball lights in your noggin and "Matilda" is a hymn to Suzy and BB's young daughter co-written by Rubinoo Tommy Dunbar. "Here We Go Again" (co-written by Moss Rock City citizen and Yum Yum in chief, Morten Henriksen) kicks Side Two off like some long lost Freshies tune. The party doesn't let up until it's all over and the only option is to flip it over and begin again from the top.