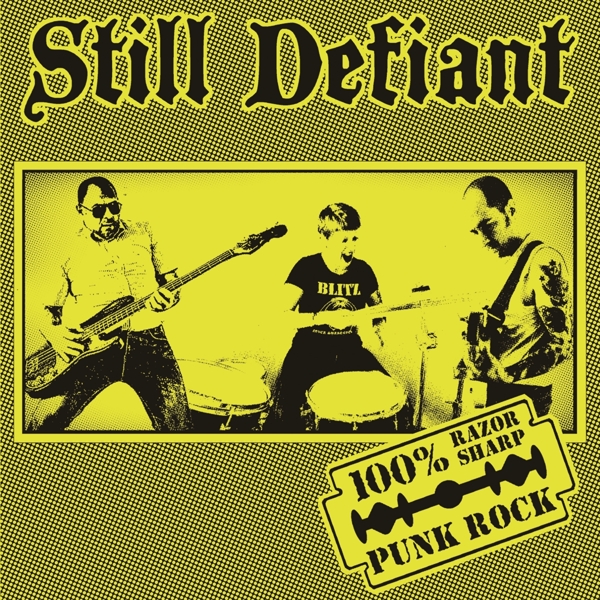 Our favorite demo-cassette of 2019 was undoubtedly STILL DEFIANT's five-track debut for Oi! The Nische Records! Five mad and mental rockers from Niedersachsen (Germany) that were loved even more when the band released those scorchers on a single-sided, ultra-limited (106 copies total) 12" EP through their own Usque Ad Mortem label_ Now that demo, as well as 2020's smashing debut EP "Till The End", 2 brandnew tracks(!!!) and two cover songs are combined, yet re-arranged and totally remastered (maximum power!) for STILL DEFIANT's first CD release for REBELLION RECORDS With 12 tracks total this self-titled disc is a must for those who like their 70's & 80's punk rock rebellious, raucous and working class, brought to you smart, hard and with style! STILL DEFIANT are short haired rockers and short haired rockers rule, OK? OK!