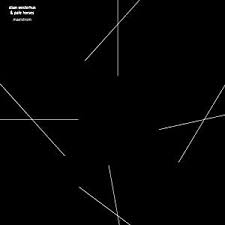 As well as collaborations with PUMA, TERJE ISUNGSET, NILS PETTER MOLVÆR, JAGA JAZZIST, THE BRITTEN SINFONIA and others, he has released three acclaimed solo albums on Rune Grammofon since 2009, the latest being the stunning "The Matriarch And The Wrong Kind Of Flowers" (2012). Stian wanted to form a proper band' for several years, and now he is exhibiting a totally different side of his musical personality.

In PALE HORSES, an electronic rock trio formed with keyboardist Oystein Moen and drummer / percussionist Erland Dahlen, songs are given the freedom to ebb, flow, elongate and contract, much like a more improvised set. Breaking out of a verse-chorus mould, debut album "Maelstrom" is a deluge of fluid and highly emotive tracks that rely on the superb musicianship and unforgettable vocals of the leader, who proves himself capable of expressing pain and joy in equal measure.

Perhaps the most obvious similarities - surprisingly - are with the experimental side of RADIOHEAD and COLDPLAY, but you'll also hear traces of Scottish bedroom romantics THE BLUE NILE and the psychedelic solemnity of late TALK TALK. A track like "Bed On Fire", which rises from subtle digital textures to a fullon guitar solo, fully reveals these players' exploratory backgrounds; while "Chasing Hills" might have sat comfortably on RADIOHEAD's leftfield-swerving "Kid A".

Arranged around a lush base of guitar, piano, keyboards and drums, the songs on surround sound quality. From here to eternity: take the ride of a lifetime with Pale Horses.