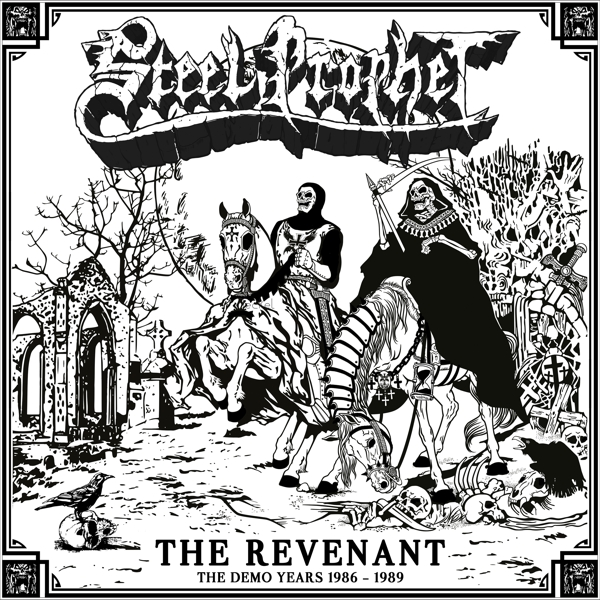 The time has come! US power metal legends STEEL PROPHET are back with this super limited collector’s edition boxset “The Revenant - The Demo Years 1986 – 1989” (LTD. to 500 copies worldwide) including the band’s first three demos “Steel Prophet - 1986”, “Visions Of Force – 1988” & “Inner Ascendance – 1989” each one on individual Black Vinyl LP and Cassette tape all in one deluxe packaging plus a full LP sized booklet with rare and never before released photos of the band from that era!

Steve Kachinsky comments: “I feel very lucky to have a label that supports the band so fully, that even though it’s not a brand new album, they have created a deluxe package for our fans and supporters! I really like the added bonus full sized booklet which, except from the lyrics, it also includes rare photos of Steel Prophet from the demos era! I think people will find it interesting to look back at our beginnings before “Inner Ascendance”, and hope it gets people excited for the new album that is coming soon! Before that though, I look forward to some deluxe packages of some other favorites like “Messiah”, “Dark Hallucinations” and “Book of the Dead”! Thanks to everyone at ROAR! Rock Of Angels Records!