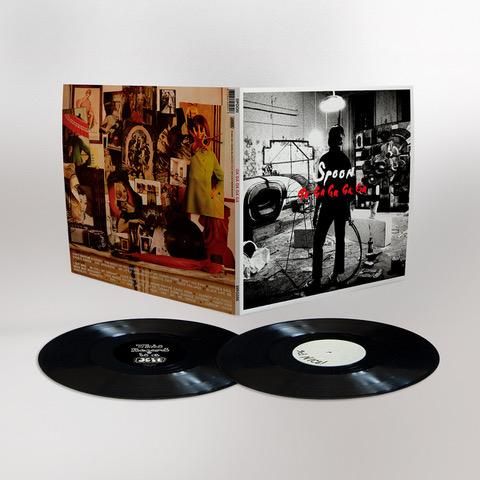 Spoon (Indie Rock)
Ga Ga Ga Ga Ga (180g)
LP
EUR 28,99*
*** Gatefold Cover
To celebrate ten years since its original release, Matador will release a double 180g vinyl reissue of Spoon’s indispensable album Ga Ga Ga Ga Ga. Remastered by Howie Weinberg, it features the studio album on one LP and the Get Nice! EP — long out of print and previously only released on CD — on the other, both packaged in a gatefold jacket with updated art.

Ga Ga Ga Ga Ga was recorded throughout 2006 in Austin, TX, by the band and Mike McCarthy (except »The Underdog« which was recorded in Los Angeles with Jon Brion). Starting with »Don’t Make Me a Target,« a song that builds on Spoon’s familiar minimal rhythmic piano / guitar vamp popularized on earlier hits, the album quickly moves into uncharted territory with the atmospheric »The Ghost of You Lingers« and moves through several different stylistic changes from the, er, explosive »You Got Yr. Cherry Bomb« to the wall-of-sound horns of radio single »The Underdog.« Upon release, critics and listeners alike praised the record, which subsequently received Best New Music status from Pitchfork and cracked the top 10 of Rolling Stone’s Best Albums of 2007.