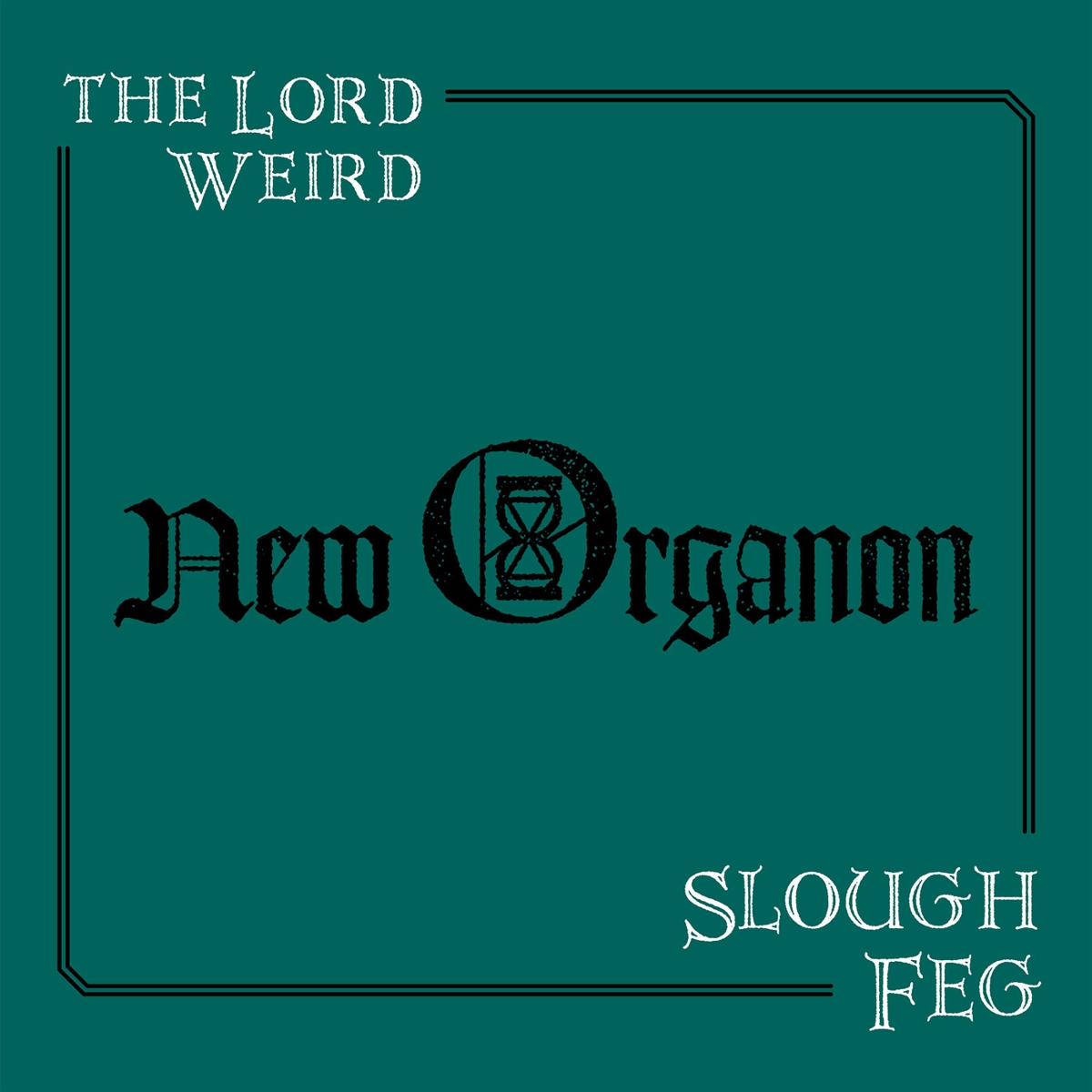 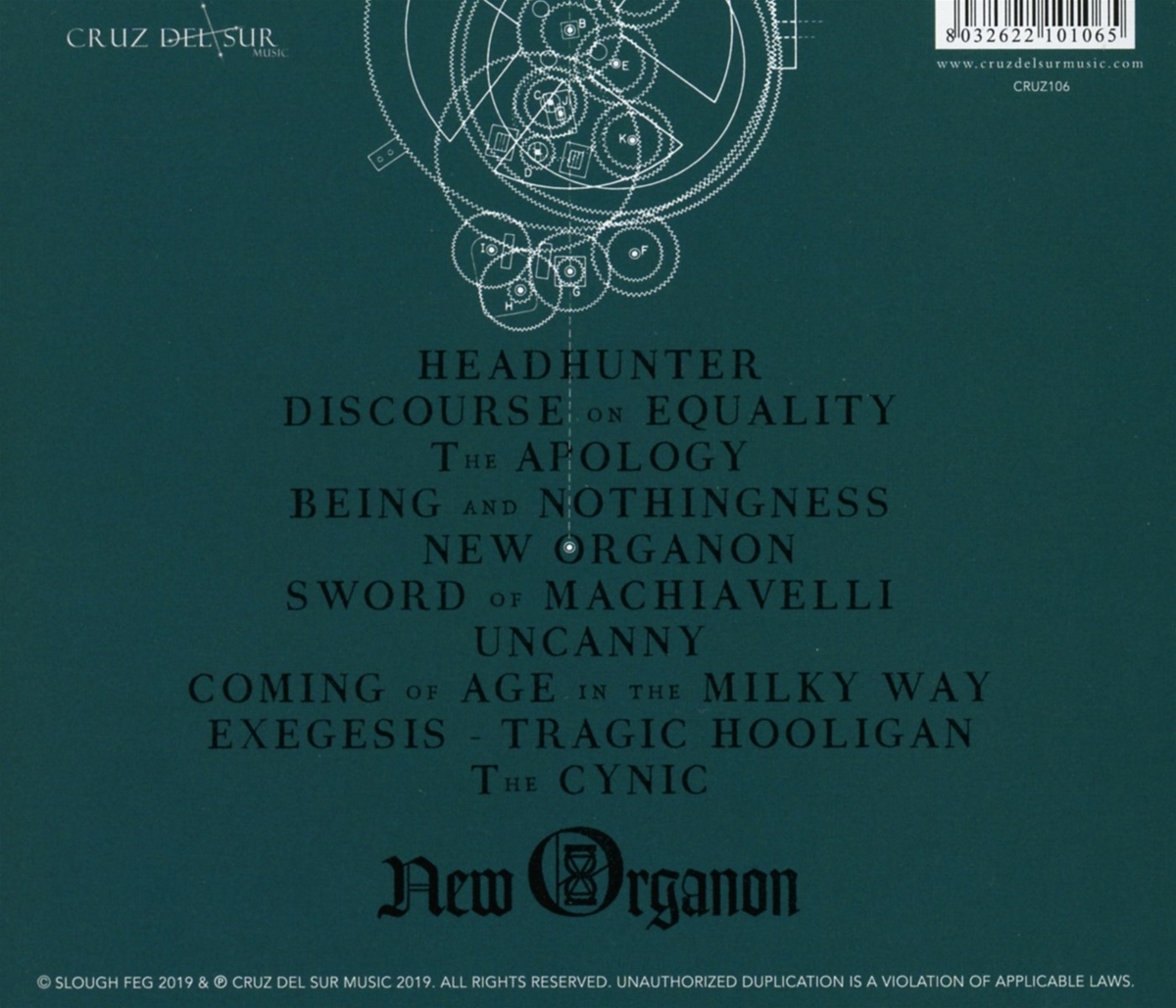 The tenth album from San Francisco metal bastions Slough Feg, New Organon combines raw, primitive metal with Mike Scalzi’s philosophical lyrical exploits for a trip through history like no other!

When Mike Scalzi decided to trim The Lord Weird Slough Feg down to simply Slough Feg in 2005, it coincided with their new deal with Italian metal label Cruz Del Sur Music. The actual shortening of their name could have backfired – metal fans can, of course, be resistant to change, but none of that seemed to matter once the Atavism album was released. Rife with dueling guitar harmonies, proto-thrash movements and the elaborate storytelling of Scalzi, Atavism effectively plotted the course for Slough Feg going forward. Since then, the band has released four additional studio albums and trekked through Europe multiple times, cementing their status as one of the underground’s most unique and respected bands. Five years removed from their last effort Digital Resistance, Slough Feg has returned with their tenth studio album, New Organon.

Inspired by the 1620 book of the same name written by Francis Bacon, New Organon finds Slough Feg (who are rounded out by second guitarist Angel Tringali, bassist Adrian Maestas and new drummer Jeff Griffin, who split studio duties with John Dust) returning to the rustic, raw sound found on their early Twilight of the Idols and Down Among the Deadmen albums. The songs – in true Slough Feg fashion – are heavy, spun with melodic interplay and Scalzi’s imitable vocals, with lyrics taken directly from his lecture notes as a philosophy professor where he discusses (in mostly chronological order) the pre-Socrates-era, Plato, Aristotle, medieval catholic theology and enlightenment.

The songwriting for New Organon found Slough Feg willingly discarding songwriting ideas that didn’t fit the overall picture, leaving several songs on the cutting room floor in the process. Scalzi admits that some of his best songs have »written themselves«, something that applies on New Organon – several of the cuts here came from songwriting breakthroughs where he was about ready to put the guitar down, only for inspiration to strike. The album’s cover is a lesson in simplicity: Scalzi took the color from the Cambridge 2000 pressing of the book and added simple lettering in the fashion of Black Sabbath’s Master of Reality and AC/DC’s Back in Black.

Slough Feg formed in 1990 (as The Lord Weird Slough Feg) in Central Pennsylvania from the ashes of Scalzi’s previous band, Bonemeal. Their original premise was simple: play old-school heavy metal at a time when the style was passé and largely forgotten. Nearly three decades later, Scalzi, along with long-time members Tringali and Maestas (Scalzi: »They are lifers. So am I.«), has navigated through an assortment of pitfalls that would wreck lesser bands, guided by the principle that heavy metal is a way of life. In fact, ten studio albums have done little to quell Scalzi’s thirst for more: »I’m just as into Slough Feg as I was the day I started it.«

Slough Feg (The Lord Weird Slough Feg)
Down Among The Deadmen
CD
EUR 15,99*