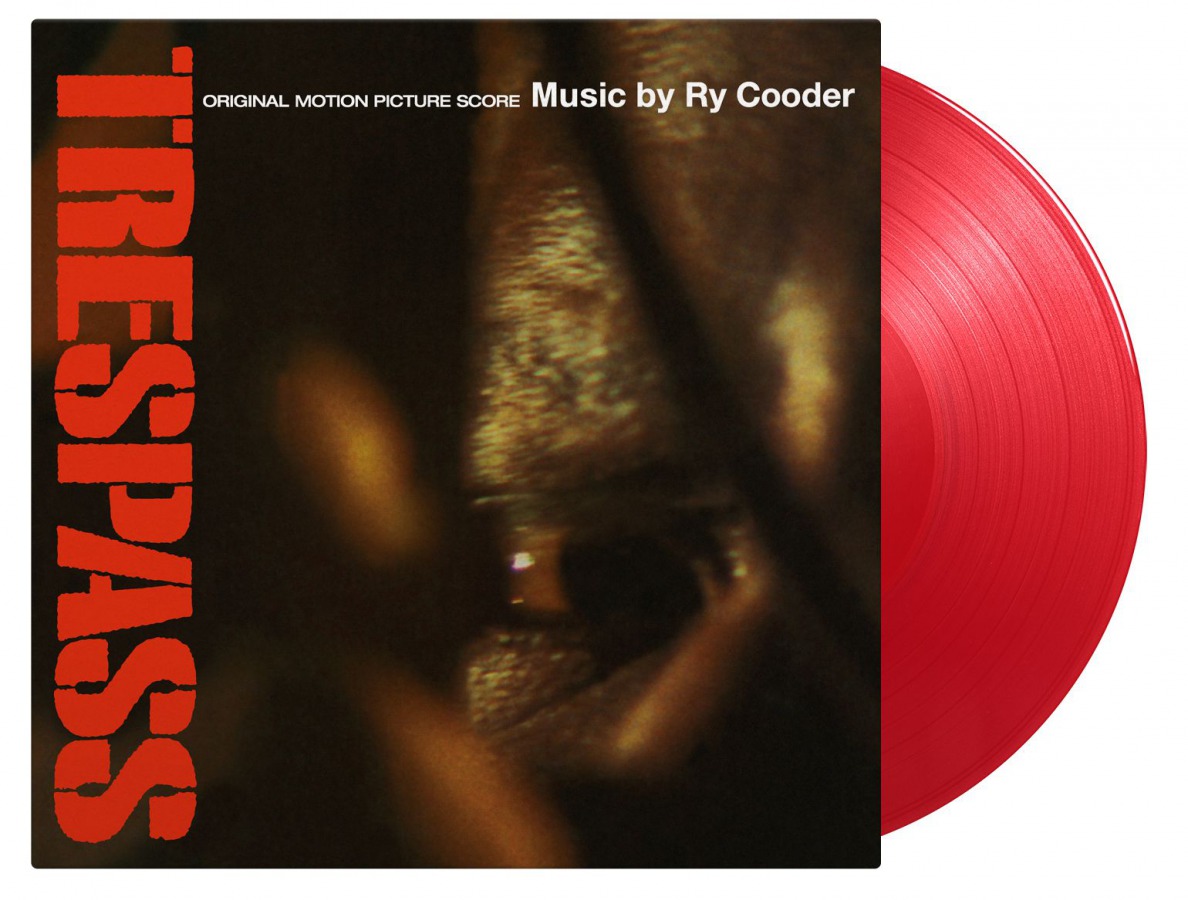 The film score to the 1992 film Trespass was performed by Ry Cooder and Jim Keltner, along with Jon Hassell. It was heavily influenced by experimental jazz, mixing that with tones from modern instruments. »King of the Street« has some of the dialogue from the film. The last track »Party Lights« is a mighty fine country tune featuring Junior Brown on vocals, guitars & steel guitar; David Lindley on fiddle & Van Dyke Parks on piano. Some tracks, such as the opening credits are in typically undeniable Ry Cooder style, others are twisted and craggy.

Legendary American musician Ry Cooder played together with the worlds greatest artists, such as John Lee Hooker, The Rolling Stones, Van Morrison, Neil Young, and Eric Clapton. Cooder is known for his slide guitar work, and was ranked eighth on Rolling Stone magazine's 2003 list of »The 100 Greatest Guitarists of All Time«.

Available as a limited edition of 1000 individually numbered copies on transparent red coloured vinyl. The package includes an insert.