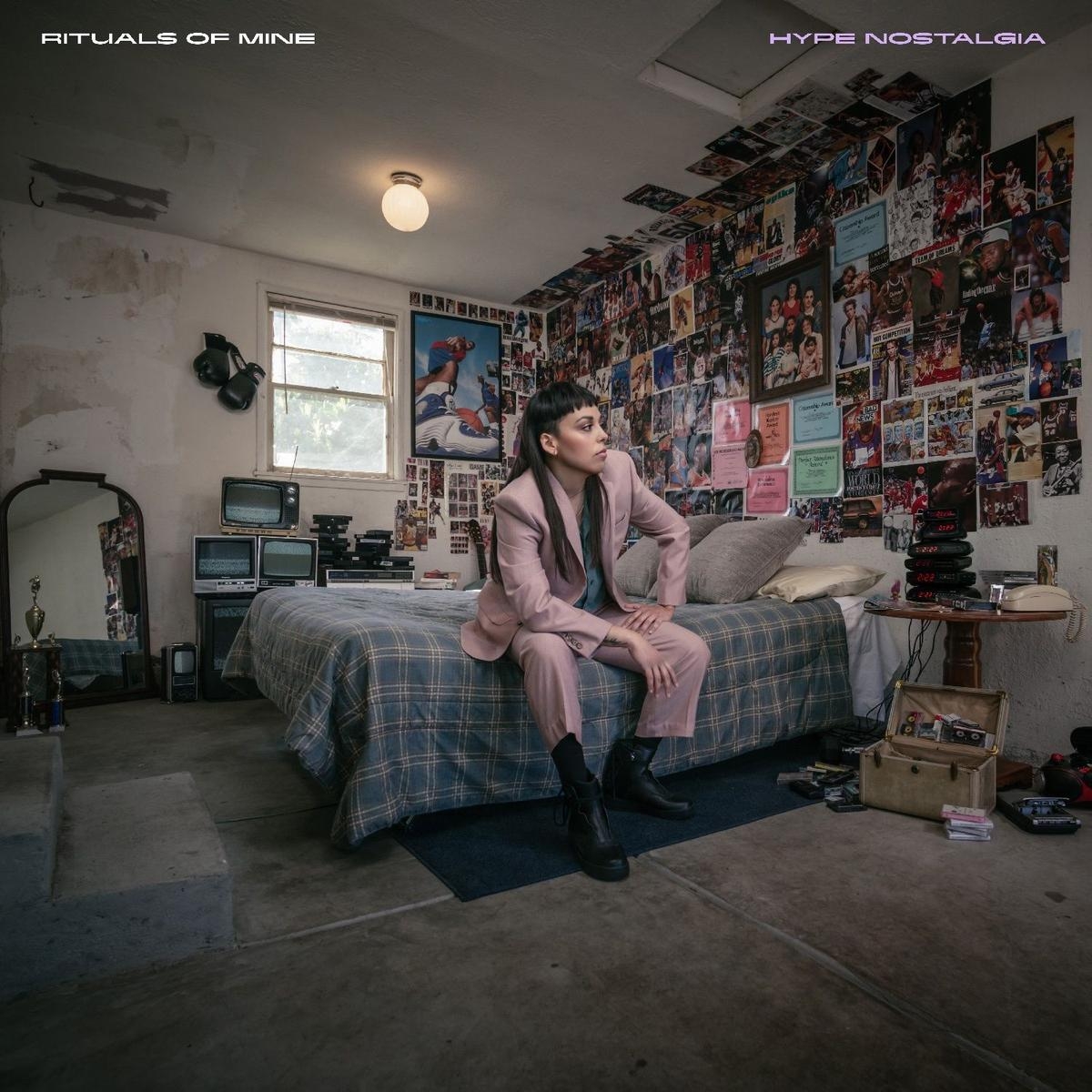 If you could recreate a time before you experienced the most extreme grief of your life, would you do it? For Rituals of Mine's Terra Lopez, she did just that. With her latest album HYPE NOSTALGIA - her first as a solo artist - Lopez wanted to create a soundscape from a pre-loss perspective, revealing how the darkness she experienced was just microcosms of her being. HYPE NOSTALGIA reckons with the emotional rollercoaster Lopez has been riding the past few years, and reimagines it.

In 2015, Lopez lost her father to suicide and six months later her best friend passed away in a water accident. »Those two events within that six month-period, forever changed me, and I'm only now starting to feel like I've processed it after all these years,« Lopez says. The same week her father died, she went on tour, and the same week that her friend died, Lopez signed to a major label, immediately working on new music. She never slowed down and neither did her emotions. Lopez went from being a high-functioning depressed person to encountering the most crippling mental health experience of her life. Art had always been her outlet, but it was no longer a coping mechanism that worked.

Trauma had taken away her voice, leaving Lopez unable to sing for a year. It wasn't until 2018 when she decided to go to therapy and began taking medication for the first time that she could process the trauma she had experienced, not only in the recent years, but intergenerational trauma she discovered in eye movement desensitization and reprocessing (EMDR). Sure, there are heavy elements to the record: dark synths, future R&B undertones, propulsive bass and moody lyrics, but the softness of Lopez's vocals elicits a quiet confidence. On the self-assured lead single »Come Around Me,« the most straightforward song Lopez has ever written, she confronts being taken advantage of as a gay woman of color in the music industry. »None of this fake shit when you come around me,« she sings breathlessly.

Lopez enlists musician Kristina Esfandiari (King Woman, Nghtcrwlr), to tackle the same subject on the anthemic »Free Throw,« meditating on the fake support that comes from their male counterparts in the music industry.

Mehr von Rituals Of Mine