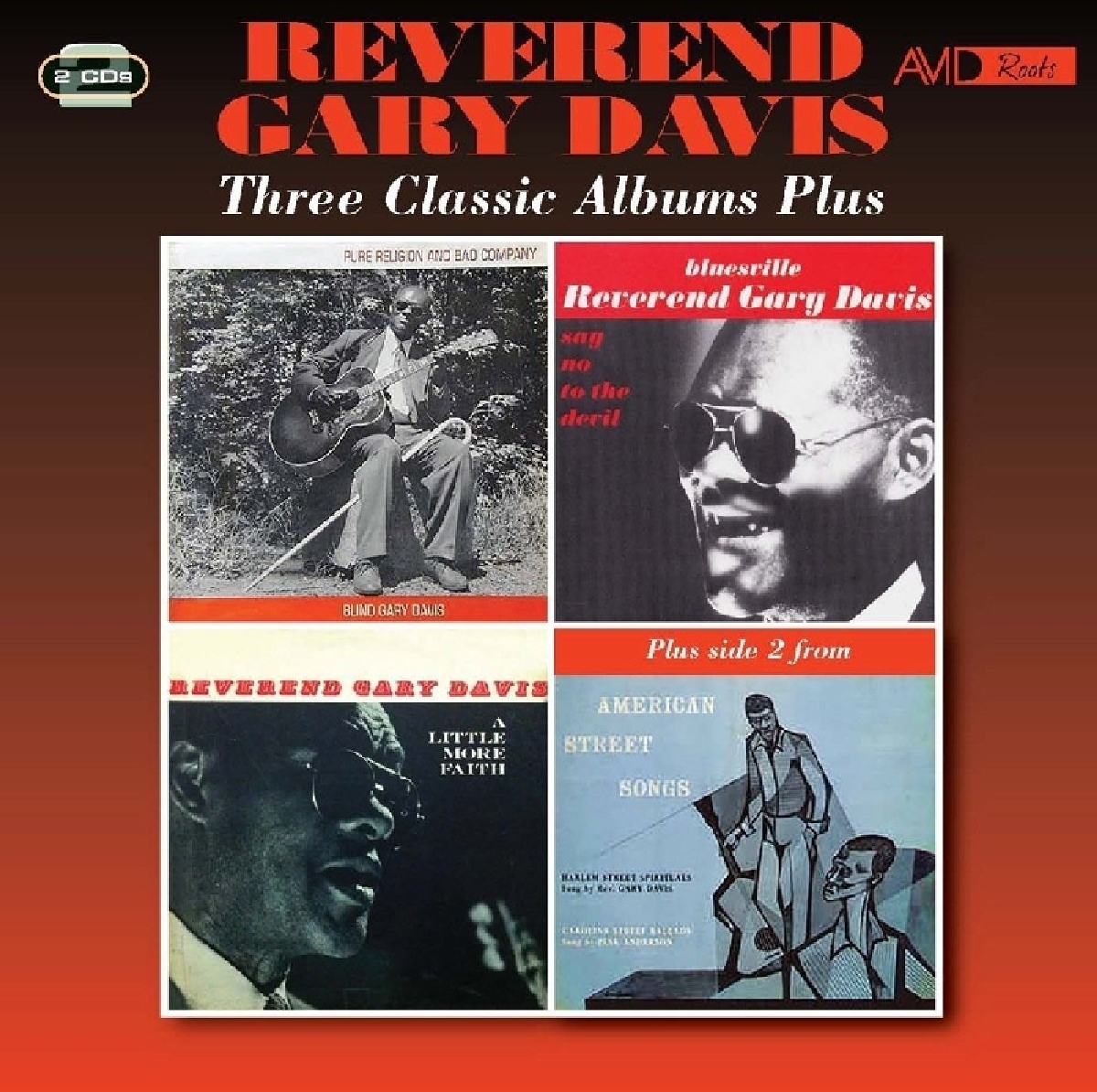 AVID Roots continues with its Three Classic Album Plus series with a re-mastered 2CD release from the Reverend Gary Davis, complete with original artwork, liner notes and personnel details.

»Pure Religion And Bad Company«; »Say No To The Devil«; »A Little More Faith« plus side two of »American Street Songs: Harlem Street Spirituals«.

Born in South Carolina into a large family of eight siblings, he would be the only one to survive to adulthood. Blind from an early age he was also treated poorly by his mother and was eventually given to his paternal grandmother to raise him. His father would die when Davis was only ten years old. In the mid 1920s, he took his guitar and tried make a living. He turned up in Durham North Carolina where he met Blind Boy Fuller and fell in with the Piedmont blues scene.

He was introduced to the American Record Company where he made his first professional recordings. He became a Christian and was ordained as a Baptist minister. From this time on Gary Davis became the Reverend Gary Davis and recorded output to purely religious music. A brilliant guitar style and rough sand-paper voice made an awesome combination as you will hear on our four selections.