Revel In Flesh: Relics Of The Deahtcult 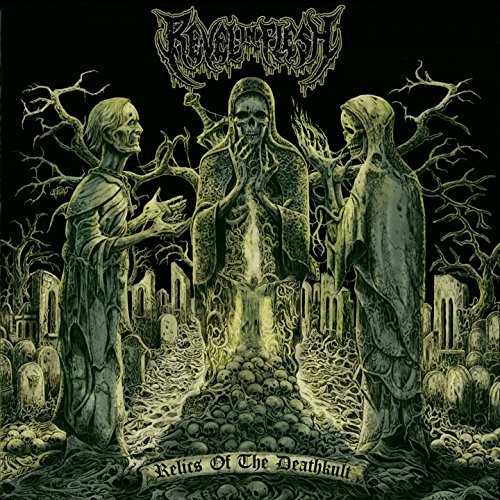 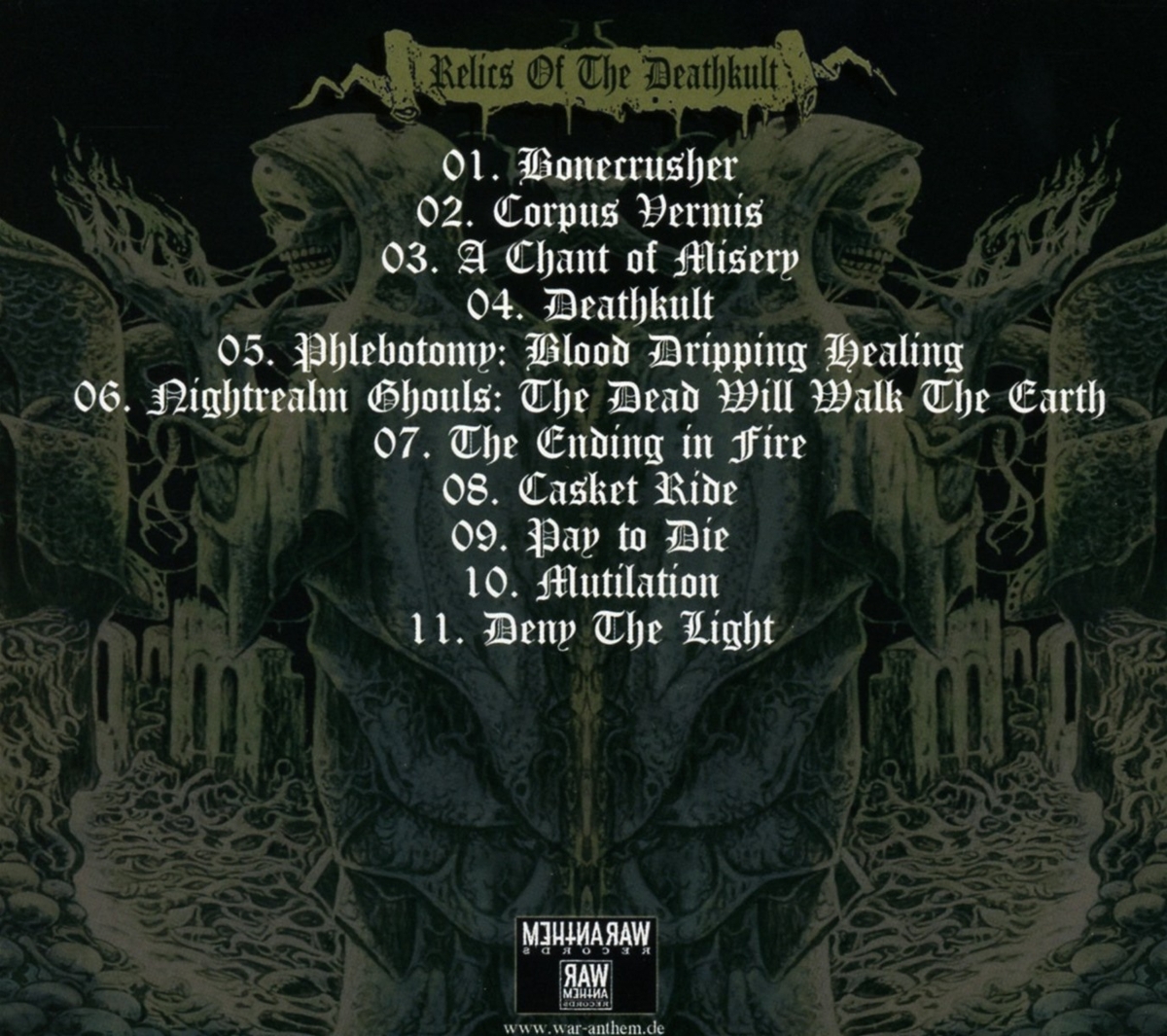 Servants of the Deathkult, here you are upholding the Relics of the Deathkult! Expect a compilation of rare REVEL IN FLESH tracks, which have been originally released only on 7" EP format or as vinyl bonustracks during the period of 2012 until 2017. Most of the featured songs have been written exclusively between our regular full-length albums. In many ways those tracks reflect the evolution of REVEL IN FLESH since the very first recording sessions for our debut album ›Deathevokation‹ up to the present state.

The featured material here is presented in the primarily sound, no remaster or whatever! Dan Swanö (UNISOUND Studios) has been involved in all productions by contributing his magic in terms of mix or mastering duties. Beside the very own REVEL IN FLESH material this compilation also features cover versions of HEADHUNTER DC (Brazil) and the originators of Death Metal, namely MASTER and DEATH/MANTAS.

The exclusive artwork and layout for this compilation was created by long-time REVEL IN FLESH main artist and supporter Juanjo Castellano. WAR ANTHEM RECORDS will release this material for the very first time on CD format in a edition with 12 page booklet loaded with liner notes, rare photo material and infos.