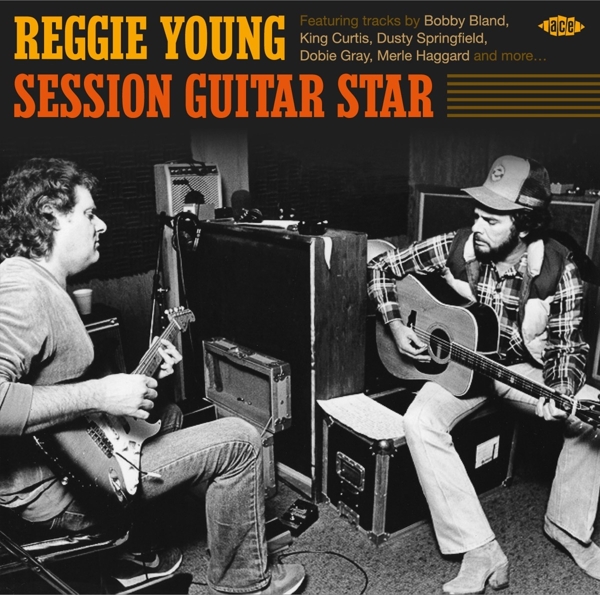 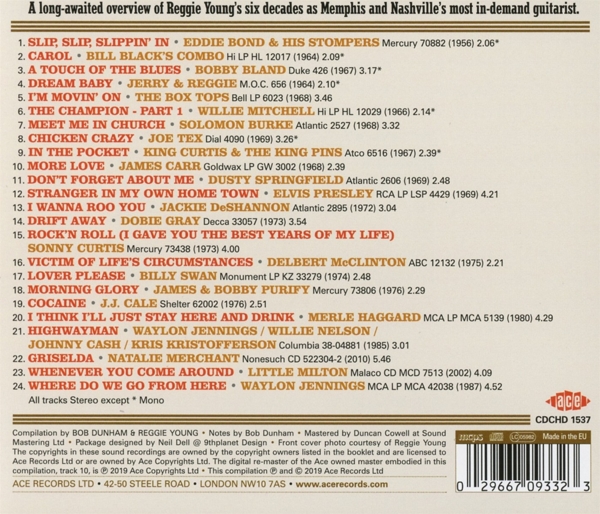 Bewertung:
lieferbar innerhalb 2-3 Wochen
(soweit verfügbar beim Lieferanten)
-11%
EUR 17,99**
EUR 15,99*
Versandkosten
• During his six-decade career as a session man, predominantly in Memphis and Nashville, Reggie Young’s unique guitar work has embellished 45s and albums by just about every major artist who cut tracks in those two hotbeds of recording activity. There were plenty of lower profile names, too, who made great records without necessarily over-working the chart compilers. To Reggie it didn’t matter; he always did his best to provide what he felt was right for the song, very often just some personalised licks and fills here and there, but he would cut loose on a scorching solo if he thought it added to the overall performance. This CD contains a healthy mixture of both, and much in between. • Our overview shows Reggie Young completely at home in all the various genres that have provided top class material for so many Ace LPs and CDs for the best part of forty years. It has R&B and blues, rock’n’roll, instrumentals, rockabilly, soul and pop, as well as a veritable helping of left-field country to reflect the amount of time Reggie plied his trade in Nashville. A-sides, B-sides and album tracks have been carefully selected to sit comfortably together while simultaneously illustrating the development of Reggie Young’s armoury of guitar stylings from the 1950s and into the present century. • Reggie Young’s guitar work has been heard on many Ace compilations over the years, and none more so than our still available CD “Memphis Boys: The Story Of American Studios” released in 2012. We have therefore avoided any duplication of tracks here, even though several of the same artists are featured. Hence you will find some equally tasty alternatives to the likes of Dusty Springfield’s ‘Son Of A Preacher Man’, King Curtis’ ‘Memphis Soul Stew’ and Joe Tex’s ‘Skinny Legs And All’. • In May 2017 Ace released Reggie Young’s first and, so far, only solo album “Forever Young” which sufficiently raised his profile in the US for his people to lobby for a Lifetime Achievement Award nomination on Reggie’s behalf with regard to the forthcoming Grammys. It is hoped our new compilation will go some way in assisting their efforts, and should they be successful, at least with the nomination, Ace may well reap the reward of a relative boost in sales.