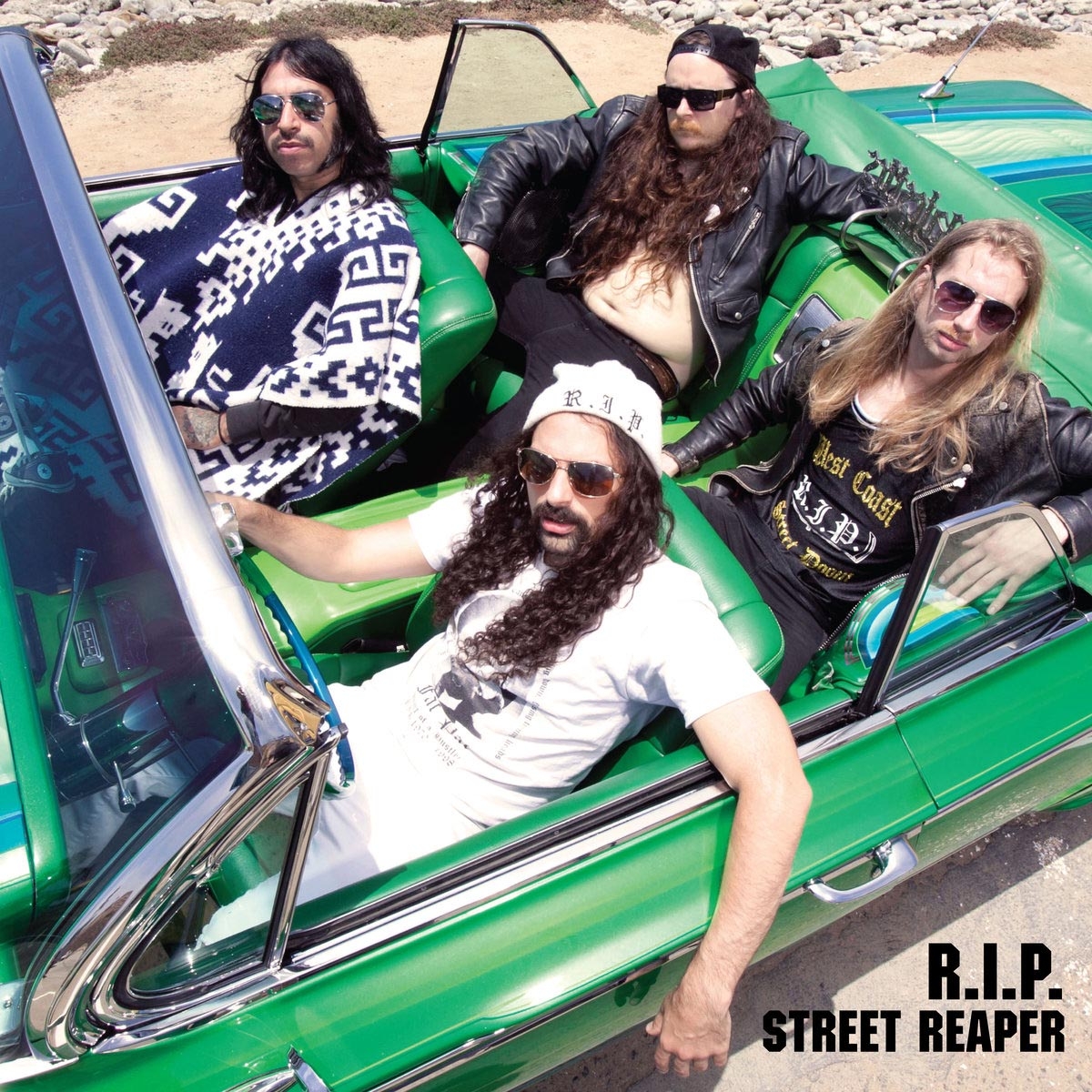 Portland street doom band's latest is a raw manifesto of heavy metal ferocity. When R.I.P. came crawling out of the sewers of Portland, Oregon, last year, their grimy, sleazy street doom was already a fully formed monstrosity, quickly infecting the minds of everyone it encountered. Now, borne from the band's declining mental health and an increased focus on songwriting, Street Reaper is even more unhinged and menacing than their debut In The Wind.

Borrowing equally from '80s Rick Rubin productions and Murder Dog magazine aesthetics, this latest album is a streamlined yet brutally raw manifesto of heavy metal ferocity hearkening to the era when both metal and hip hop were reviled as the work of street thugs intent on destroying America's youth. Throughout, Angel Martinez's guitar and John Mullett's bass are inextricably interlocked like a massive sonic steamroller, while drummer Willie D keeps the beat solid and simple for the most powerful impact.

Plus, the band's extensive touring and excessive virgin sacrifices have provided singer Fuzz evermore agile vocal chords to drive it all home with extreme precision. Operating on the belief that doom is not tied to a tuning or a time signature, but rather a raw and terrified feeling, R.I.P. eschews well-trodden fantasy and mysticism tropes of the genre and focuses on conveying the horror and chaos inherent in the everyday reality of the human mind.