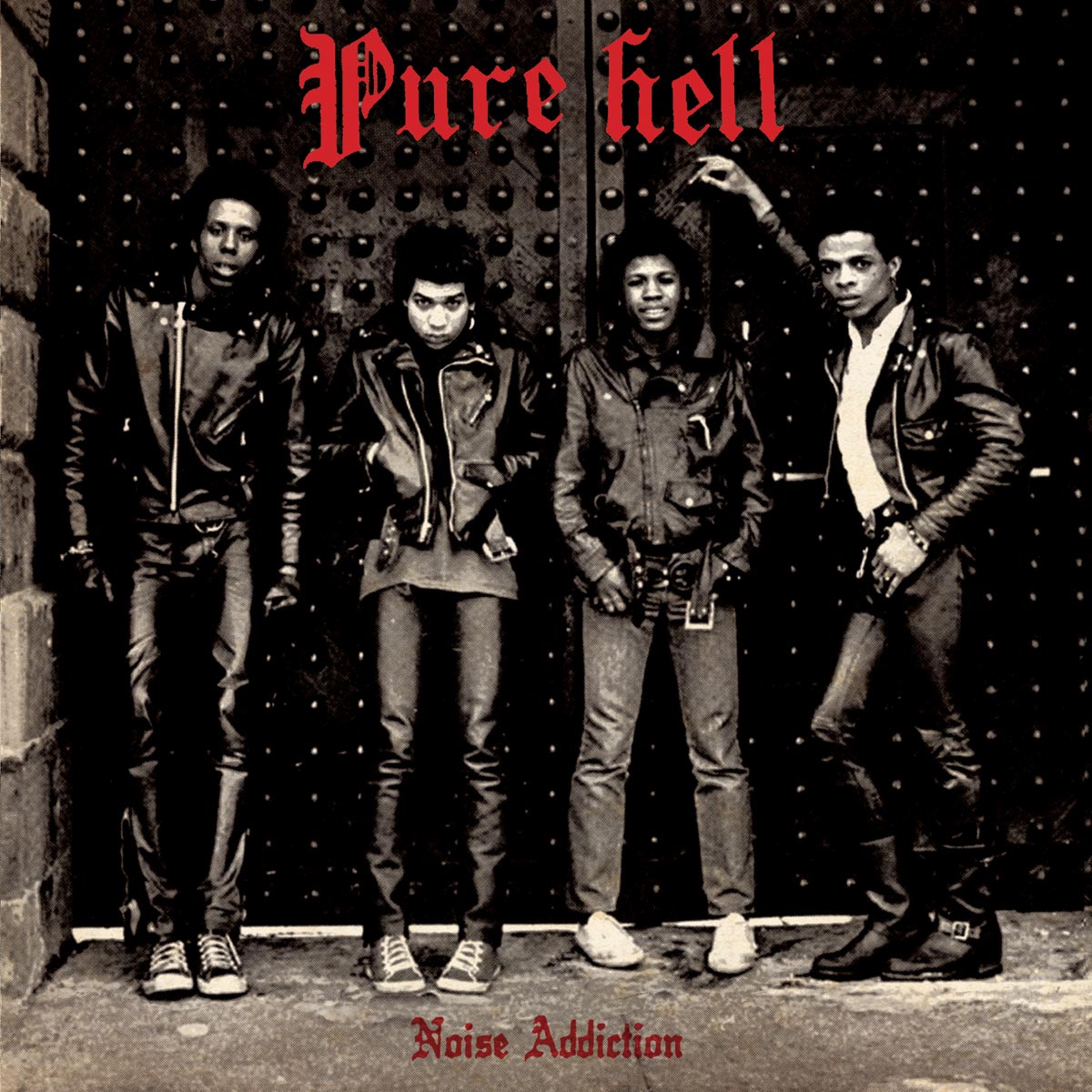 »Noise Addiction« is the only original album by Pure Hell (Philadelphia, USA), recorded in 1978. It came first time out in 2006. In 1974, on the streets of Philadelphia, a band unlike any other was formed. They called themselves Pretty Poison. They had a sound so ahead of its time that the music industry was not yet ready for it. They coupled the punk sound of the New York bands of the time with a harder, faster heavy metal edge unheard before. Their unique sound was a result of Gordon's berserk choreography and Morris's needling guitar riffs, while Steel and Spider added synchronized barrage with no nonsense execution to the arsenal.

Inspired by the famous fuel-altered dragster, they changed their name to Pure Hell in 1975. Soon after, they moved to New York City where they played with bands like the New York Dolls, Sid Vicious, Wayne County and the Electric Chairs, The Dead Boys, The Stimulators, Richard Hell, The Germs, The Nuns, The Cramps and more. In 1978 Pure Hell headlined a tour of the UK, with bands like The UK Subs, Wilko Johnson, Vermilion & the Aces and more opening for them.

While in the UK, their only original record was released. It was a single released by their manager Curtis Knight on his label, Golden Sphinx Records. The songs on the single were »These Boots Were Made for Walking« and »No Rules«. The single charted in the top 40 charts in the UK. During the same year, a full length album was recorded but was never released. It did not surface again for 28 years.