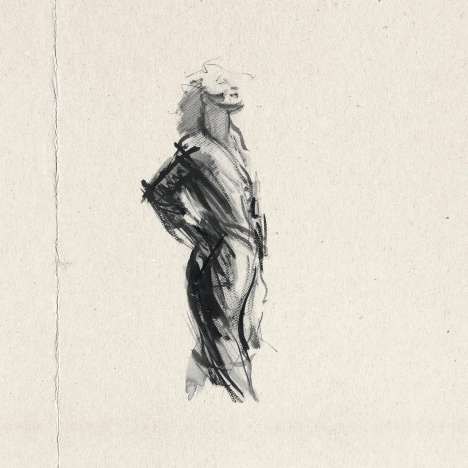 This epic assortment explores a multitude of lyrical themes from long past, most of which describe in grizzly detail dramatic loss, love, incest, abduction, war and death. Having discovered that Carter either sang or knew these songs, reframing these ballads became important to Paulusma- songs such as 'The Maid and The Palmer' which depicts a survivor of child abuse, or 'Jack Munro' which bears witness to the wartime antics of a cross-dressing heroine whose bold challenges to society bring her out on top, or 'Lucy Wan' where we're privy to a brutal slaying of a young woman whose brother is never held accountable.

Paulusma could feel the presence of these songs in Carter's writing, but she needed to climb inside them and sing them herself to truly understand their power. Across the entirety of this LP we're given the chance to view forgotten historical tragedies through a fresh lens, and through proximity to readings from Carter's prose, to see the interplay between these old songs and Carter's contemporary writing. Through Carter, Paulusma brings us the heroines she was influenced by, restoring historical narratives of female agency which are in danger of being lost. The spoken word pieces from across Carter's oeuvre, read beautifully, emphasise the musical turn of Carter's phrase, and serve as an accompaniment and interlude to the dark folk songs.

The album as a whole is littered with unique and alluring musicality, with Paulusma delving deep into interesting guitar techniques and odd tunings, supported and enhanced by the sweet fiddle melodies of Jed Bevington (Mortal Tides), the haunting accompanying guitar movements of Jack Harris, and the elastic double bass of John Parker (Nizlopi, Ward & Parker, The Willows). Back in 2003, tucked away in her garden shed, Paulusma was putting the finishing touches to her self-produced debut, recorded on a home computer with one microphone and a budget the size of a postage stamp.

'Scissors In My Pocket', a work of aching acoustic tenderness, was the result, and it received immediate and widespread critical acclaim upon its international release on One Little Independent in 2004. Paulusma was catapulted around the world supporting Bob Dylan, Jamie Cullum, The Divine Comedy and Marianne Faithfull, and played Glastonbury, T in the Park, V Festival and Cambridge Folk Festival among many others, touring the USA and Italy. She signed to Sony / ATV in LA, and opened for Coldplay at their secret show at The Troubadour in West Hollywood.

Paulusma made a sibling album for 'Scissors...' called 'Cosmic Rosy Spine Kites' (an anagram) - all the same songs, but different versions - which was released in 2005. In 2007, after a series of miscarriages, Paulusma released a darker and more driving, deeply personal second album 'Fingers & Thumbs', produced by Ken Nelson (Coldplay, Gomez, Badly Drawn Boy, Kings of Convenience) and recorded in Liverpool's Parr Street studios. She toured the UK extensively and made cult Youtube Guitar Shop videos along the way. Its acoustic variant album 'Fights and Numbers' came out in 2008.