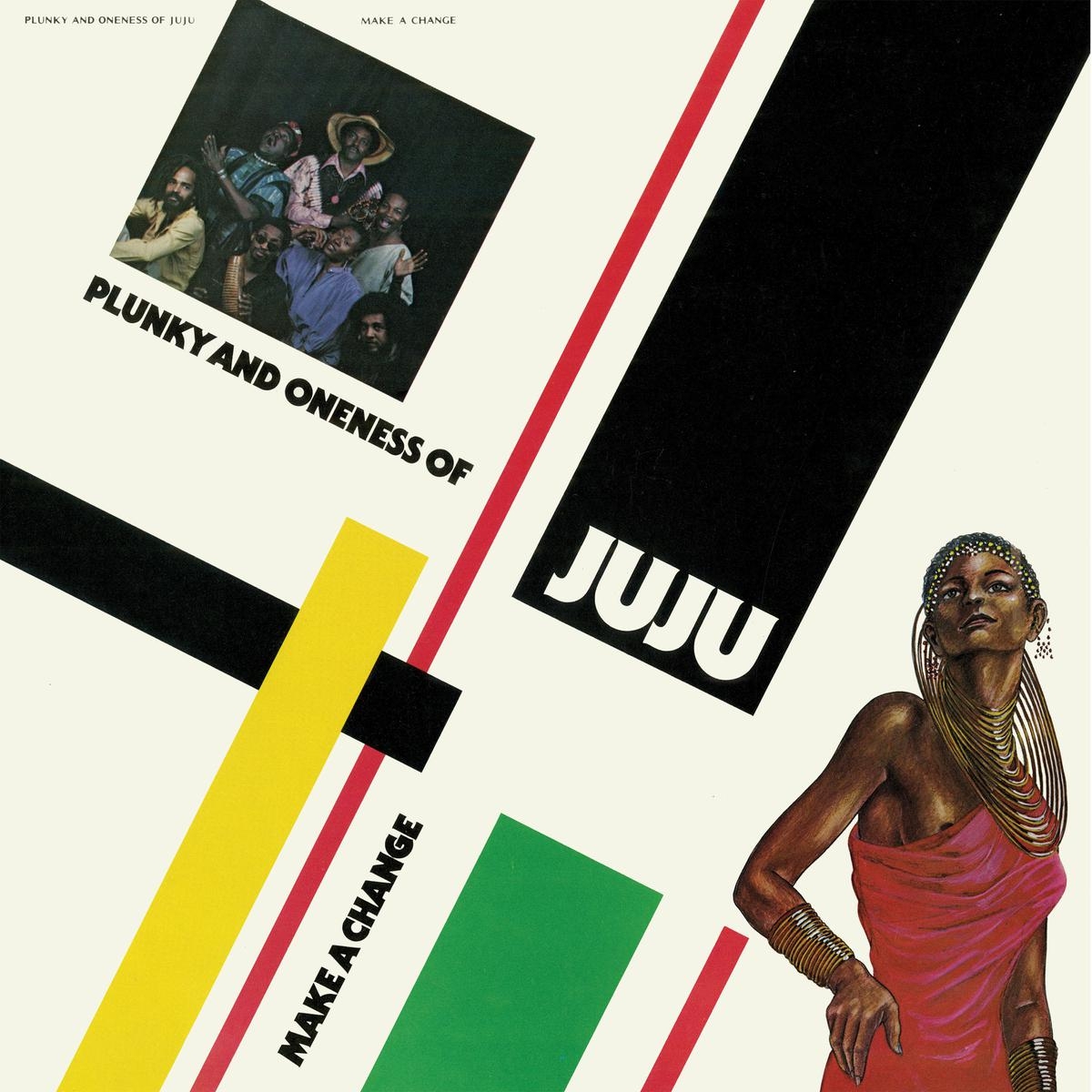 Strut present the definitive edition of a 1977 classic, Plunky & Oneness OfJuju's 'Make A Change' album featuring the international hit 'Every Way But Loose' and five previously unheard studio takes. Recorded at Omega studios in Maryland, the album marked a transition for the band with lead vocalist Jackie Eka-Ete recording her last sessions with Plunky and Virtania Tillery taking over lead vocal duties. "'Make A Change' was always designed as a slightly more commercial entry in our discography", says Plunky. "We approached the sessions in the same way that we had approached all of our music since the early '70s. We played extended jams because we would always find something within those explorations. The songs had enough organic qualities to be considered R&B and enough rhythm to be Afro funk."

After catching fire in Washington DC clubs through local record pools, the dancefloor favourite 'Every Way But Loose' famously became an anthem for Larry Levan at New York's Paradise Garage, kick-starting international success for the track. Other album cuts like funk workout 'Higher' and the wistful stepper 'Always Have To Say Goodbye' have remained staples among soulful DJs worldwide.

"The songs and lyrics on this album have come back around full circle", continues Plunky. "With songs like '(Family Tree) Make A Change' and 'Every Way But Loose', we don't have to change one word for them to be relevant all these years later. The positive messages are universal and timeless." This definitive edition of 'Make A Change' features the full original album alongside five previously unheard studio takes, all remastered by The Carvery from the original tapes. Bonus tracks include extended studio versions of 'Every Way But Loose' and 'Always Have To Say Goodbye' and a previously unheard version of 'Time'. Package features brand new liner notes by bandleader Plunky Branch.